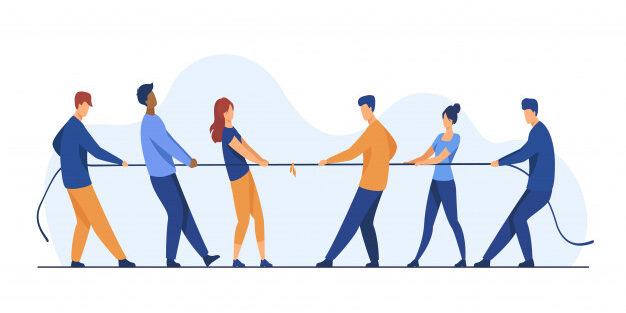 Conflict is an inevitable element of human society. This is because individuals/groups have numerous differences in interests to attain a scare resource.

Conflict can be defined as a struggle between segments of society over valued resources.

“Conflict may be defined as a situation of competition in which the parties are aware of the incompatibility of potential future positions, and in which each party wishes to occupy a position that is incompatible with the wishes of others.” –Kenneth E. Boulding

Like in every aspect of human society, conflict in the workplace is unavoidable.

Conflict arises due to differences in perspective, values needs, etc. The major sources of conflict are:

Individuals vary in the way they react to conflict. Every style has a different degree of assertiveness and cooperativeness. In other words, how much focus is on your concerns and how much on satisfying other people’s interests.

In any conflict situation people respond in one of the several ways; by competing, accommodating, avoiding, collaborating, or compromising.

No organization is free of conflict. Given this fact, conflict is not something that should be entirely dreaded. When channelized well, it carves a way for organizational growth.