Augmented Reality And The Future

You are here:
Information TechnologyMarketing & Communications 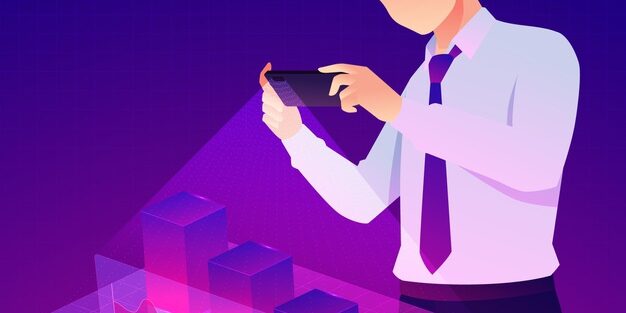 Augmented Reality (AR) is an enhanced version of the real physical world that you can achieve through the use of digital visual elements, sound, or other sensory stimuli delivered via technology. It is similar to the concept of Virtual Reality (VR) but, unlike VR, AR can simulate a physical object by using a projecting device- smartphones, laptops, cameras, etc.

Although AR is a bit more expensive than other technologies, AR has a great potential to sustain itself in the growing digital market. AR is set to be one of the significant technological advancements the world has seen. Researchers estimate that AR will be a 150-billion-dollar industry by the year 2025. Many further developments in the AR field have made it more efficient and more usable in many areas.

People can widely use Augmented Reality (AR) in the business field. AR can personalize the way customers interact with the people involved in the business. It can help in bringing the real-life browsing experience, once only known in brick-and-mortar shops, to someone not physically present in the moment. AR also enables potential customers to test out products before buying them. It acts as a virtual assistant, creating an experience that explains complexities or shares processes in an easy-to-understand way.

These are just some of the things the AR has to offer as of now. With the development of further AR-related upgrades, we are looking at a world submerged in Augmented Reality. With the growing development in AR, business can be highly profitable because of the uniqueness it brings out compared to other technologies. AR is new to the world. People are not aware of what AR has in store for them. If the true potential of AR is unleashed in the market, businesses can attract customers easily.

MAJOR MILESTONES IN THE DEVELOPMENT OF AUGMENTED REALITY

BENEFITS AND CHALLENGES OF AUGMENTED REALITY FOR AN ORGANIZATION

Technology has always revolutionized the way we work and live, such as computers, phones, washing machines, and more. Augmented reality (AR) has already become one of the trends these years. AR blends the lines between the physical and digital world. They offer a new way of interacting with customers, colleagues, and the world around us.

There are several benefits to organizations from the use of AR. Imagine you are shopping for a shirt and trying on a couple to decide which one suits you better or if you are in the market for a new study table. Instead of flipping through pictures in magazines or trying on varieties of shirts, you can easily try the items virtually to pick a suitable one with the use of AR, like Converse the Sampler app that allows customers to try on a pair of sneakers virtually to pick a favorite model.

By using AR in training and education, it helps to make it more engaging, interactive, and fun. AR offers opportunities and learning experiences to healthcare professionals and medical students from helping patients identify and describe their symptoms better to diagnose diseases. AR can facilitate and accelerate the building processes at the factory also. By using AR technology, we can save a lot of time, and the work will be effective too.

However, there are some challenges of AR too. Although augmented reality is a popular topic of discussion, consumers are unaware of the benefits of the technology. For example, many people were injured while playing Pokémon Go. Likewise, segmented reality can lead to serious injuries in case they are used in potentially risky environments such as busy roads, construction sites, and medical institutions. Therefore, one should be aware of where you are located in the physical world.

While talking about the future of AR, we can see that it is very bright. Some of the trends that we can look forward to in the next few years are,

Online shopping has been evolving. It is a simple process. And with the integration of AR, it will be easier than it already is for the customers to shop. With a tap of their fingers, it can enable potential customers to test out products before buying. Also, they can try out any outfit, any furniture in real-time. Similarly, customers can look at the exact size and see if it fits their wants or not. They can also customize as per their needs in real-time.

There has been a rise in the interest of the general consumers and businesses to use AR. So, it will need more powerful software to match all the needs of the customers. With the smartphone market growing at a rapid speed, AR industries must cope the speed. It needs software and hardware compatible with the new and more powerful smartphone software.

Right now, people use AR in mobile platforms and AR-enabled smartphones. But, we can see the continuous growth of the industry. So, in a few years, there will be smartphones controlled by AR rather than AR just being a feature. Google’s Tango platform is the biggest reason that we can see AR smartphones coming into existence soon.