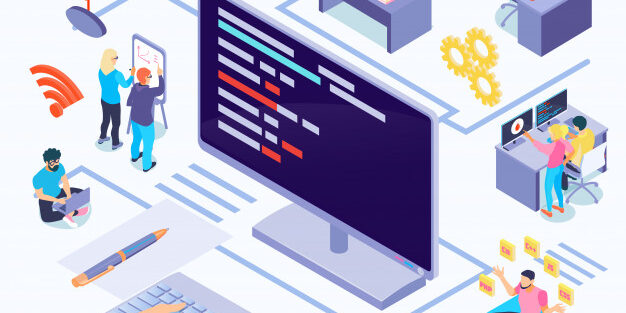 During the 1960s, most Decision Support System (DSS) were fairly based on powerful mainframe computers that provided managers with structured, periodic reports.

In simple words, a decision support system is a computerized system that gathers and analyzes data, synthesizing it to produce comprehensive information reports. DSS presents information to the customer in an easy-to-understand way. Taking an example, the DSS can generate results and then output its information graphically, as in a bar chart that represents projected revenue or as a written report. Uses of DSS may include farmers that use tools for crop-planning to help determine the best planting time, when to fertilize and when to harvest.

Some of the advantages of a DSS are as follows:

MAJOR MILESTONES IN THE DEVELOPMENT OF THE DSS

In the 1960s, researchers began systematically studying the use of computerized quantities models. It helped them in planning and decision making. Ferguson and Jones reported the first experimental study, where they used a computer-aided decision system. In February 1964, Scott M.  first articulated the concept of a Decision Support System.

In 1971, Scott Morton found how computers and analytical models could help managers make a successful business plan. In this way, the system was helpful for marketers and production managers to coordinate various business activities. Similarly, T.P. Gerrity, Jr. focused on the Decision Support System designs. In 1974, Gordon Davis defined this system as an integrated man/machine system to support the operations, management, and decision-making functions.

Today, a decision support system includes analytics such as sales statistics, warranty rates, and cash flow trends. These are considered important indicators to determine the health of any business. They promote the need for corrective actions. Decision Support Systems that can analyze data quickly can determine patterns and multiple alternatives. They produce concise executive information for decision making. Over time, people have used sophisticated software that modeled business processes. Managers could determine which of several alternatives offered the best business returns.

Decision support systems are interactive software, helping managers in decision making by accessing large volumes of information. The system captures data from the transaction processing system and further processes it to provide meaningful information to the user. Here are some of the benefits of a Decision Support System to the organization as a whole:

Decision Support system instantly provides meaningful information to the user by processing a large volume of data. The efficiency of business automatically enhances when there is an integrated management system with quicker decision-making activities. In this way, the business transactions speed up and helps in the optimum utilization of resources to achieve greater output.

The competitiveness of the business is increasing. With DSS, companies can grow their cash flow, sales, and overall operation management even in riskier situations.  In this way, the organization can increase its market share whenever it can beat its competitor.

Decision Support System builds a channel of communication where users can communicate more effectively with each other. It prevents silo management and helps to build up transparency through easy access of information among users. The free flow of data provides the users authority to modify or replace the existing data as per the need of the organization.

Employee productivity enhances with the introduction of a Decision Support System in organizations. They can work in groups and share more information that promotes the learning environment among employees. Similarly, it is easy to train employees through this system.

Decision Support system is mostly used in non-programmed decisions. This technology helps to reveal new approaches and sets up new evidences. It helps the user even to formulate unusual decisions.

DSS has been incorporated into businesses to support human intelligence. However, these systems are not perfect. Too much dependency on it and placement of an unusual amount of trust in it is not a healthy sign. Some of the challenges of this system are:

DSS mainly relies on quantifiable data. However, it is hard to analyze intangible or indefinable data. Some values are not specified in numbers. Though DSS provides the result, decision-makers must use their judgment to solve the problem.

DSS uses some assumptions while analyzing data for a specific problem. Making decisions without consideration of uncontrollable factors may prove to be dangerous. Therefore, a decision-maker must realize that DSS is only a supporting tool. Also, they need to analyze the limitations and assumptions whenever necessary.

It is not possible to capture all of the related data mechanically. Some data are difficult to record, and some cannot be recorded at all. You need to understand all these limitations as a decision-maker.

DSS has become much simpler over the years. Still, many decision-makers find it difficult to use due to a lack of technological knowledge. Therefore, lack of technical skills remains an issue. So, employees need training regarding its use and how to formulate decisions.