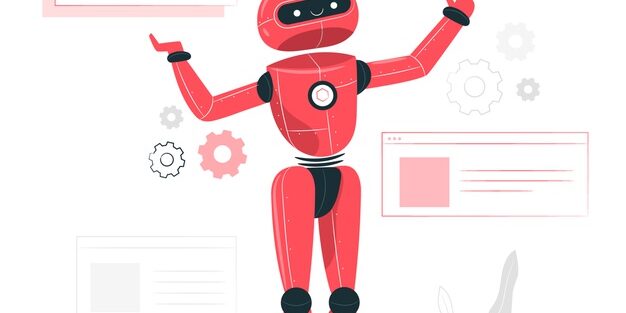 A machine with artificial intelligence:

Artificial intelligence is not only programming a computer to drive a car by obeying traffic signals, but it’s when that program also learns to exhibit signs of human-like road rage. AI is not new. For the past half-a-century, AI has been an idea ahead of its time.

SKILLS ARTIFICIAL INTELLIGENCE WILL NOT REPLACE IN NEAR FUTURE

Artificial intelligence is invading human territory to take our jobs away, but the robots are going to have a hard time getting everything right. Some skills AI cannot take away from humans are:

AI cannot replace the skills of an author. In simple words, writing is rearranging the existing words. So, people might think that AI can figure out patterns in language to make their own stories. But it is not that easy.

The stories by AI does not make much sense. Therefore, it is not likely that a robot will publish a New York Times bestseller anytime soon.

Unless you are a fashion designer, most people in the western world do not bother learning how to sew clothes anymore. Robots do not have a human sense of touch. AI are great at sewing straight lines, but they cannot anticipate when fabric moves or wrinkles. So, AI cannot replace the skills of a fashion designer or tailor.

Since artificial intelligence has never been a human, it cannot understand our emotions. Chatbots cannot pass the Turing Test, which means they cannot communicate on the same level as a human conversation.

For instance, Alexa, Siri, and Google Assistant cannot even understand our search requests half the time. So, it is absurd to ask them for advice about our traumatic childhood memories from the fourth grade.

In the future, we will be able to get a simple diagnosis by taking a photo on our smartphone. Artificial intelligence will run through a database of photographs and compare with yours to see if there is a match. There are already programs that exist that can check for skin cancer on the mole you wanted to get checked out. Also, there is AI that can look for diabetic eye disease.

As time goes on, people can diagnose more and more medical issues at home. However, that does not mean artificial intelligence will be taking the place of real doctors. It is hard to imagine a world where a chunk of metal tells people that they are dying with absolutely no empathy.

If you are in surgery and things go awry, you need a surgeon who can improvise. An oversized computer that lacks any semblance of adaptability will not be of any help.

You may have seen security guard robots by a company called Knightscope patrolling malls. But their usefulness is questionable. The investors compare it to a police car parked on the side of the road. If people know someone is watching them, they are more likely to behave. Some people may believe that Robocop is the next step in technological law enforcement. But in reality, humans do not want artificial intelligence in charge of arresting people.

Shanghai Jiao Tong University created a program that uses facial recognition to determine if someone is a criminal or not. Artificial intelligence judges features like scars, facial expressions, and even the curve of someone’s lips. That will not work well.

The European Court of Human Rights gets so many complaints sent to them daily. In 2015, the University College London came up with an algorithm that was able to predict a cases’ outcome correctly 79 percent of the time. It helped the court to cut down on work hours, sorting through paperwork to find a winning case.

But it does not mean that a robot can sit in place of a judge. For example, a judge would punish an impoverished mother for stealing a loaf of bread with a lesser sentence than someone robbing a bank. Without a 100 percent accuracy rate, someone would likely end up in jail when they are innocent.

Robotic arms only have the artistic abilities of a four-year-old. Also, robots’ art is equally as terrible as identifying the artist of a painting.

An artificial intelligence program called Recognition searches an image for colors, composition, and facial recognition. But the matches were not accurate. For instance, they have previously compared a photograph of corn to a Jackson Pollock painting.

The job that is guaranteed not to be taken by a robot is a member of the clergy. Robots only function with evidence-based data and facts. And the soul-less metals have absolutely no concept of faith. A study conducted by The Future of Employment claims that there is less than a one percent chance that clergymen would lose their jobs to robots in the future.

Also, some other skills in the recruitment process that is hard for artificial intelligence to replace are: