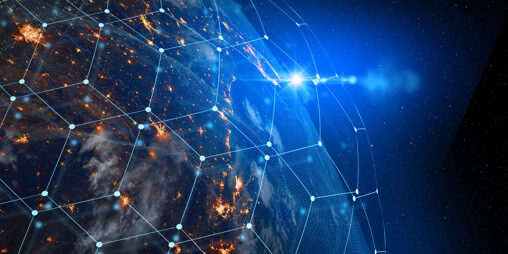 The IT world is never the same. As a professional in your field, it is almost like a survival tactic to keep yourself updated with the ever-evolving technologies and the market trends.

Some popular technologies of 2020 are:

Among many technologies, AI has been a dominant trend in the tech world. In the coming years, AI is going to boom even more. But to build and deploy AI-based solutions continues to be an expensive affair on the part of most businesses. In the coming years, a bunch of different providers will be offering more tailored applications and services for specific tasks. Big brands like Google, Apple, and Microsoft are ahead of their game and are digging deep into the potential of this technology.

Cloud computing has changed the way we store our files.The cognitive cloud is an extended ecosystem. It is due to this; we can deploy cognitive cloud computing applications and solutions to the masses using cloud computing. Also, it is one of the next big technologies in the IT industry. Likewise, it can converse in natural language and helps in decision-making by understanding the complexities of Big Data.  Hence, big companies such as IBM, Microsoft, Google, and Cisco are already investing in this technology to keep up with the upcoming market.

Switzerland is one of the current world leaders in 5G technology, closely followed by South Korea and the United States. A bigger role out is anticipated by the end of the year 2020 with a global adoption of this technology.

5G is expected to give a minimum of 20 Gbps downlink and 10 Gbps uplink. It would make the 5G technology 40 times faster than the current 4G LTE technology, opening doors for newer services, network operations, and customer experiences on the part of telecom operators. Companies involved in the development and testing of 5G equipment are:

With all the businesses moving beyond the traditional ways of data storage and processing, Big Data has made its way to the big games. Companies that are investing in Big Data are:

D stands for distributed ledger that first gained its momentum in the industry with the introduction of blockchain and Bitcoin.

A stands for Artificial Intelligence that is bringing about tremendous change in various domains.

Q stands for Quantum Computing, which means you are trying to create IT technology based upon the principles of quantum theory.

Google has successfully been carried out with a random circuit program a million times in 200 seconds with 53 qubits of quantum processors, which otherwise would have taken ten thousand years by traditional computing.

3D Printing, like its name, is a printer that can build a 3-dimensional object. In collaboration with 3D printing leader Carbon, Adidas produced a limited-edition shoe with a durable and sleek 3D printed sole.

3D printing is said to completely change the face of domains such as healthcare, manufacturing, and construction. With a market size of 10 billion, 3D printing is expected to grow at a rate of 23.5 percent every year for the next five years.

DevOps plays a crucial aspect not just in software development but also in operations management. Also, DevOps has made its way into Artificial Intelligence through Data Ops.

Instead of looking at a screen in front, using VR and AR, users are immersed and can interact with the 3D world. The only difference between AR and VR is AR simulates artificial objects in the real world, while VR creates a different artificial environment. This technology has seen a magnanimous rise in popularity in 2020. Few companies operating in this field are Microsoft, Huawei, Facebook, Google, etc.

With technology being everywhere today, lack of security is a big concern. Achieving efficient cybersecurity measures is challenging because there are more devices and people. Few of the companies that work to make technology more secure are IBM, Deloitte, Amazon, and J.P. Morgan.

The Internet of Things is a rapidly growing technology that targets to connect all devices to the already prevailing internet infrastructure. According to Forbes, for B2B spending on IoT technologies, apps, and solutions will estimate over $267 billion at the end of 2020. Companies readily employing IoT experts are: