You are here:
Innovation & Strategy 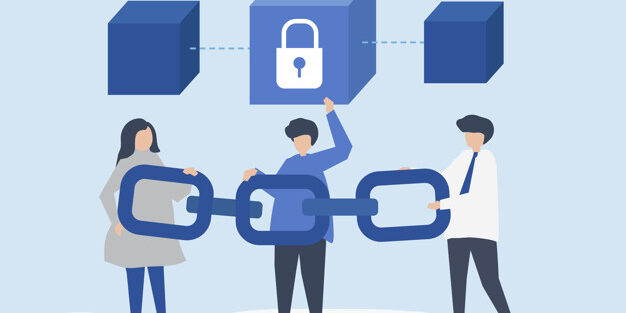 Everybody is familiar with the term blockchain. Blockchain is a digital ledger. Also, it conducts and records the transaction.

Blockchain technology is driving the fourth industrial revolution. It is a secure, decentralize, and transparent method. Also, there is no need for a third party in a blockchain. Bitcoin is one of the popular blockchain applications. Blockchain technology can make supply chains traceable. Moreover, it is useful in securing sensitive data. Likewise, blockchain helps to combat voter fraud.

Similarly, blockchain technology is one of the insurance business trends. Blockchain enables the creation of a digital ledger. And, one cannot alter it. Using this technology, insurers can reduce the admin costs that come with reviewing claims and checking payments made by third parties. Thus, blockchain ensures all of this information is shared, fraud-protected, and easy to verify.

According to PWC, blockchain could benefit reinsurers. It can reduce the steps involved in the process. Also, blockchain technology can lead to potential savings of USD 5-10 billion worldwide. It quickly verifies consumer data and insurance history. Also, it reduces the back and forth that’s commonly involved.

Teambrella and Lemonade are some examples of blockchain in insurance.

Blockchain technology is also a future of clean energy. Nowadays, blockchain is also popular in the energy market. The collaboration of blockchain with the Internet of Things (IoT) leaves a good impression on the energy systems. Devices can buy or sell energy at correct times autonomously. Also, it can make the optimum use of energy sources in real life. Moreover, it can monitor and analyze the performance.

Blockchain technology has become a growing industry at a relatively early stage of its development. The potential of the technology is very promising. Statista reported that blockchain startup companies regularly accumulate hundreds of millions of dollars of investment in their initial offerings.

Also, Statista predicts that there will be massive growth in the blockchain technology revenues worldwide. Moreover, it expects the market to grow over 39 billion U.S. dollars by 2025.

HOW DOES A BLOCKCHAIN WORK?

A blockchain is a distributed ledger that is open to anyone. It has a fascinating property. Once someone records some data inside a blockchain, it becomes hard to change it.

Each block contains some data, the hash, and the hash of the previous block.

A block also has a hash. Every hash is unique. Once you create a block, its hash is calculated. When you change something inside the block, the hash will also change. In other words, the hash is useful when you want to detect changes in the block.

The third element inside each block is the hash of the previous block. It effectively creates a chain of blocks. And that makes blockchain secure.

Now, consider you tampered with the second block. It causes the hash of the block to change as well. In turn, that will make the third block and all following blocks invalid because they no longer store a valid hash of the previous block. So, changing a single block will make all the other blocks useless.

SECURITY OF A BLOCKCHAIN

Using hash is not enough to prevent tampering. Computers these days are rapid and can calculate hundreds of thousands of hashes per second. You could easily tamper with the block and recalculate all the hashes of other blocks to make your blockchain valid again. Blockchains use proof of work to avoid the security problem.

Proof of work is a mechanism that slows down the creation of new blocks. In bitcoin’s case, it takes about ten minutes to calculate the required proof-of-work and add a new block to the chain. This mechanism makes it very hard to tamper with the blocks because if you tamper with one block, you need to recalculate the proof of work for all following blocks.

Also, there is another way to secure blockchain. And that is by being distributed. Instead of using a central entity to manage chain, blockchain uses a peer-to-peer network and, everyone is allowed to join.

When someone joins the peer-to-peer network, s/he gets a full copy of the blockchain. Also, consider someone created a new block. Then, the person s/he sends that block to everyone on the network. Each node then verifies the block and makes sure that it has not been tampered.

After checking everything, each node then adds the new block to its blockchain. All the nodes in the network create consensus. They agree on which blocks are valid and which are not. And, the nodes will reject the tampered blocks in the system.

Hence, to interfere with the blockchain, you need to:

Only then, everybody else will accept your tampered block. And, that is almost impossible to do.