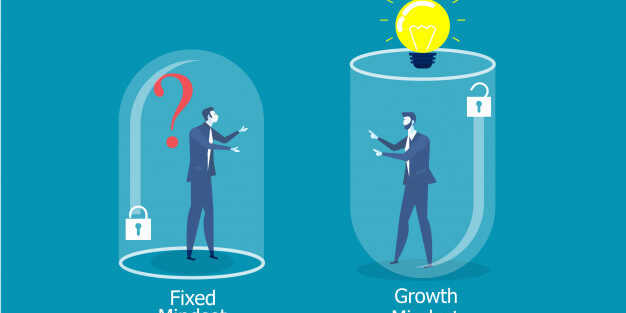 A growth mindset is a concept that is sweeping the world. It is changing and improving the way that people learn. These mindsets are crucial when it comes to learning. This powerful idea has been pushed forward by Stanford professor and best-selling author, Carol Dweck.

Carol Dweck researched the idea of mindset. It suggests that there is every reason to believe that we can be great, maybe even the best at anything, with dedicated practice. But, to get there, we need a growth mindset. In simple words, a growth mindset means believing in our abilities. Even intelligence is a result of time, effort, and practice.

Having the right mindset is necessary because it affects behaviors that greatly influence whether or not you will succeed at something. For example, if you have a growth mindset, you are more likely to embrace challenges and appreciate feedback. Also, when failures happen, you do not allow it to define you. Instead, you use it to help guide how you can improve.

Carol Dweck said that for decades, she had been studying why some people succeed while people who are equally talented do not. And over the years, she had discovered that people’s mindsets play a crucial role in this process.

Dweck’s work shows that mindsets have a crucial influence on people’s ability to learn. People who utilize this growth mindset tend to learn, grow, and achieve more over time than people with a fixed mindset.

A fixed mindset limits us by making us believe that we are either born with particular abilities or not. For example, our fixed mindsets might tell us that we are an English person but not a Maths person. It sounds familiar.

Some people have a fixed mindset. They believe that skills and intelligence are limited. You either have them or not. They think that some people are just naturally good at things, while others are not. In short, they believe that you are not in control of your abilities.

Also, they don’t implement feedback. Often, people with a fixed mindset feel defensive about the criticism.

Some people have a growth mindset. They believe that you are in control of your abilities.

People with a growth mindset believe that they can build skills.  They do believe in their capacity to learn and grow.

If you recognize yourself as having a fixed mindset about things, you can change that. Practice having a growth mindset.

HOW DOES THE MINDSET WORK?

A growth mindset is more than one study. The reason that it is so important is because it is the foundation for learning. If you understand the growth mindset, no matter what you build on that foundation, it will be more powerful.

Now, let’s see how it works.

Through years of works, Dweck and her team have uncovered sort of the defining characteristics of the two mindsets. The table below illustrates the contrast between them and how it works.

These characteristics have a crucial influence on our ability to learn. It is because they can link with the ingredients to growth.

Now, let’s connect the dots between the key characteristics and the ingredients to learn.

The growth mindset works the same way. They see the value and purpose of effort because they believe in their capacity to grow. They are more likely to take on a challenge because they are focused on the opportunity to do that. And, by focusing on the process and believing in their capacity to grow, they understand the importance of mistakes. Also, when they receive feedback, they are more receptive to it. Hence, this is how the mindset works.