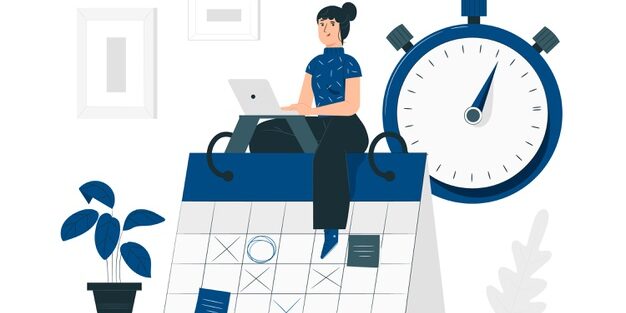 You have probably experienced Parkinson’s Law in your life. From school assignments to job projects, you tend to be serious only during the last hour. Cyril Northcote Parkinson, a British historian, was with the British Civil Services when he first observed this trend. He noted that as bureaucracies expanded, they became more inefficient. Then, he applied that observation to a variety of other circumstances, realizing that as the size of something increased, its efficiency dropped.

In simple words, Parkinson’s Law states that work expands to fill the time available for its completion. For instance, if you want to learn French in two years, you will most likely grasp it in two years. Similarly, if you decide to master it in six months, then it will happen in six months. However, you cannot just make a wish to learn a new language every week and expect miracles to happen. But there is truth in Parkinson’s Law.

There is a great benefit to know how Parkinson’s Law works.

So, next time when you think about how much time to allocate for a particular task, keep in mind that Parkinson’s Law is at play. People either get or decide the deadlines. And, based on the time given, the activities will take up given time.

STRATEGIES TO USE PARKINSON’S LAW

Parkinson’s law always strikes the hardest when you have numerous tasks with faraway deadlines. To fix this, you can break down your big tasks into smaller ones. Also, if you have big goals, then set out milestones for them.

For instance, you have to complete ten assignments in 2 months. But you can always put the work off till the last day until there is no more time to get it done. Therefore, you can set out milestones of doing one assignment every five days. It will keep you on track. By following these little milestones, you will know if you are falling behind the plan or not.

It is not always easy to know for sure when the task is finished. The more perfectionist you are, the most likely you are a victim of Parkinson’s law. There is always that one more thing to add and fix. The best way to tackle this challenge is to be clear about the outcomes of your tasks.

Sometimes, people make their to-do list so long that they do not know where to start. It is a big mistake because they will feel overwhelmed and probably end up getting nothing done. Therefore, you have to be smart about what you put on your list to be as productive as possible.

When you have a tight deadline, it forces your brain to figure out the ways to get it done in the available time. The goal of challenging yourself is to continuously improve and find better ways of doing your tasks.

When you do not know what your next task is, you tend to spend more time on what you are doing. It wastes time and reduces efficiency. So, you should be self-aware.

Qualities of a Successful Entrepreneur
September 16, 2020