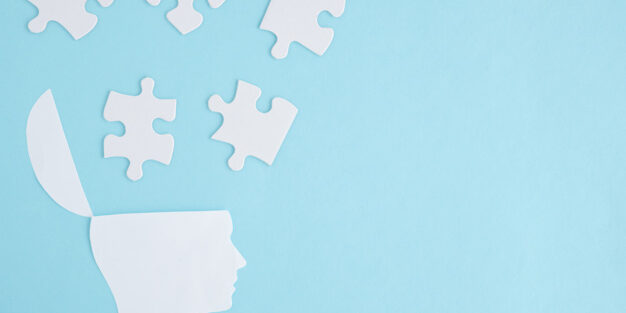 Our brain works quite interestingly. Imagine a person named Jack. After 20 years of driving his old car, Jack had to buy a new car after his old car broke down. To get to know more about his new car, Jack drives the car across the highway for multiple hours. Sadly, one of the bad habits of Jack is that he sometimes rides over the white line on the wrong side of the road.

But as he drives his new car, Jack notices small adjustments of the steering wheel when he gets close to the medium strips or the white lines. Jack is confused. And he asks himself what is happening. He remembers that after buying his new car, the salesman told him about the latest technologies built-in the vehicle to improve driving safety.

Jack suspects that the smaller adjustments he saw of the steering are one of those new technologies. For further use of the car, Jack imagines how it corrects itself while driving on the wrong side. He mentally thinks about what will happen when he goes near the medium strip on the highway. The steering wheel will get him on track.

So what is going on in Jack’s brain? The answer is easy. He has a mental model of his car and its behavior.

Jack did not know how his car would react when it went near to the medium strips. That means Jack’s mental model did not cover the reaction of the vehicle for that situation. As a result, it updated Jack’s mental model. With this updated mental model, Jack could improve his driving behavior taking into account that the car would correct itself as he gets near to the wrong lane. Hence, Jack got more experienced in using his new car.

MENTAL MODELS TO ENHANCE YOUR REASONING

You make a mental model of how everything works. You make several mental models. Then, you transform one mental model to another idea to make it work. That is, methods of working in one business can be used to explain other methods.

Some mental models to enhance the way you reason are:

There is a book by a British-American writer, Simon Sinek called Start With Why. The Golden Circle by Simon Sinek is a creative idea introduced in 2009 in his TED Talk Start with Why. It says that leaders who want to inspire action need to make sure that they communicate their message in a precise manner. When we want to move forward and share their vision, the fundamental element of their message should be the why.

The power of why lies in the fact that it allows a person to bring more awareness in their experience. And eventually, reinforce their sense of inter-purpose. The word why is the building block of justification. Without that justification, the reasoning becomes weak. Its applicability shows the universe that it can eventually morph into a mental model.

People have been using the power of why since the ancient times to inspire action takings. Also, they used it to energize the crowds. The why model is a great tool when it comes to determining personal meaning. For instance, psychotherapist usually try to help people to escape their inner struggles by attempting to raise awareness via the why model.

Ivan Petrovich Pavlov was a Russian psychologist. He is known for his work on classical conditioning. Classical conditioning refers to the procedure during which a biological stimulus (food), when paired with a neutral stimulus (bell) confirms a learning process. During this process, the subject (dog) makes the association. Then, it gives the same response during the neutral stimulus as it would during the biological.

Before, the dog used to salivate by looking at the food. After the association, it salivated by hearing the bell. The significance of this discovery is monumental because it is an enormously powerful psychological force.

Pavlovian association is used consciously as well as unconsciously by various agents in marketing and influencing strategies. For instance, Coca Cola decided it wants to be associated with great events such as the Olympics. People see it in every advertisement. Then, you cannot help but associate Coca Cola with something enjoyable.

Power is not a thing. It is a relation between individuals. It can control or determine other’s mental models. It determines voluntarily based on a set of objectives that are also one’s own.

In other words, when we see what power is, it is the exercise of something that can be called government in a broad sense. One can govern a society, a group, a community, a family, or an individual. Power can play a significant role in the way people or entities influence the fabric of society.

Bias from over-influenced by authority is present from a young age. As long as the individual surrender to speak to authoritarian figures, the partiality will remain. Authority creates security. But, the reliability is nothing more than a substitute for emotional attachment.