Qualities of a Successful Entrepreneur 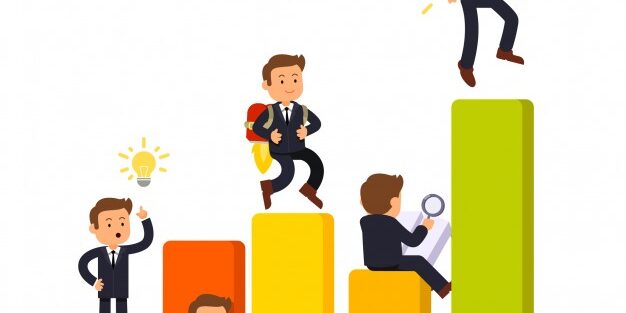 Every person has something unique to contribute to the world as an entrepreneur. The key is to decide what you want to contribute. Set your goals, develop your plans, and seek support.

Entrepreneurs have some unique qualities. Elon Musk to Mark Cuban, Tim Ferris, Ariana Huffington, Gary Vaynerchuk, Bill Gates are some the successful entrepreneurs of our times. If you admire them, then you are an entrepreneur at heart.

Qualities of a Successful Entrepreneur

Entrepreneurs know that they have something to contribute. They are confident and optimistic. They have the skills and determination to do something. So, believing in yourself is necessary. Many people do not feel sure most of the time. And it’s completely normal. Even successful entrepreneurs have moments of doubts. But, have faith in yourself.

And, they work on creative ideas about how they might get there.

Entrepreneurs are goal-oriented. They have strong determination.

Entrepreneurs know that it takes a village, peers, and mentors to help launch a successful business.

Traits of a Successful Entrepreneur

Many people say that success leaves clues. Some qualities that top entrepreneurs all have in common are:

Evan Williams got the great idea of making a podcasting platform. Evan was pretty crushed when months after Apple announced they had a new podcasting section of iTunes. It crushed his company, Odeo. But now, you know that he hit it big when he founded Twitter.

Before launching The Huffington Post, over 36 publishers rejected Ariana Huffington’s second book. That is the story of Ariana. Similarly, Tim Ferris had a similar story with the Four-hour Workweek. Twenty-five publishers rejected Tim before the 26th one accepted his book. It is that tenacity to keep going and not listen to the past.

-That ship has sailed

-It is too late

-It will never happen for me

At age 28, JK Rowling was depressed. Also, she was a single mother living on welfare. Similarly, Morgan Freeman did not get his first lead movie role until age 52.

Effective decision making refers to selecting alternatives. Also, it involves managing and implementing those alternatives. Hence, this leads to the achievement of organizational goals.

For a decision to be effective, there must be a systematic process. The elements should be clear and understandable. In addition to this, the managers should carry it out in the sequence of steps.

Some steps of effective decision making are:

Entrepreneurs know that creating a sustainable business takes determination for a longer time. So, they are willing to persevere to achieve their dream of becoming their boss. They want to pursue their passion and make this world a better place.