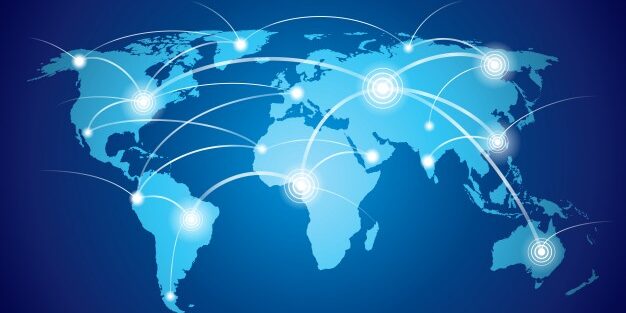 Everyday we reap the benefits of living in a globalized world. Globalization has made our lives extremely sophisticated. But, often times we are completely unaware of the drawbacks of globalization.

Globalization is the integration of global cultural, political, and economic policies through the interaction between people and businesses across the world. It is a progressive process that strengthens exchanges and flows between different parts of the world. It refers to an open flow of information, technology, and goods among countries and consumers.

The openness occurs through various relationships, from business, geopolitics, and technology to travel, culture, and media. Globalization includes the exchanges of goods, services, capital, human resources, technology, cultural practices, and so on by interaction amongst the countries worldwide.

There is an outburst of opportunities in a wide range of areas in a globalized world. However, there are many negative consequences in terms of economy, culture, politics, public health, etc. In this article, we will discuss some of the significant drawbacks of globalization.

SOME DRAWBACKS OF GLOBALIZATION

With globalization came various advancements and advantages. However, as they say, for every merit, there comes a disadvantage. So, globalization has brought its fair share of disadvantages (negative consequences) as well. It has both positive and negative results. Some of the drawbacks of globalization are:

If we take a look around us, we observe lots of products manufactured in different countries. The laptop or the phone we are using might be from Taiwan and the cornflakes we consume from India. The point is that majority of the items we are dependent on are imported. The fact that we can obtain these products from elsewhere has made us believe that there is no point in producing it on our own. We heavily rely on products that are manufactured by companies from different countries.

Globalization has made many international products so easily accessible that we have become heavily dependent on them. Once the supply of these products comes to a halt, it will make us vulnerable to a shortage of products. In the same context, when a country imports a product, subsequently, another country is exporting its product. So, when a country stops importing another country’s products, then they will be in an undesirable situation because they will be losing customers along with their exports.

When Apple offshores its labor from China, it increases its profit margin. Like Apple, many other companies like Samsung, Levi Strauss & Co., Boeing, Microsoft, Ford are offshoring to underdeveloped and developing countries. As a result, there is a loss of jobs in the nations of their origin.

First of all, a carbon footprint is the total amount of greenhouse gases (including carbon dioxide and methane) that are generated by human actions. The smallest false action of a human being leading to leaving a carbon footprint can negatively impact the environment. These may include an increase in global warming, a rise in temperatures, melting of ice caps, rise in sea levels, or even extinction of species in the worst cases.

In such critical times where we must look forward to searching for alternatives to reducing the carbon imprint, globalization has been resulting in people leaving more carbon imprints day by day.

The trend of offshoring from a country to another to reduce their expenses is increasing. So, there is a threat of increased carbon dioxide in the atmosphere during the transportation of the products. Collectively, it adds up to a high carbon imprint that is pushing us towards a higher risk every day.

For instance, there have been accusations against Nike of using child labor in countries like Pakistan, India, and Bangladesh. These children were in the age group of 4-5 years.  In each production process, there was the involvement of more than two hundred children. Here, we can see that globalization has provided an environment for immoral and unethical behavior towards the laborers in the LDCs.

Cultural identity is established on the core values (such as language, dressing style, way of talking, habits) shared in a living society. Looking at the present scenario, where all the people with different cultures live together, western civilization is sweeping away the traditions and culture of the community. This trend has developed changes in the behavior and thinking of people of different cultures.

With the advancement of technology and the rise in multinational companies and its influence on promoting a consumer culture, exploitation of workers, and markets, and influencing societal values, globalization has negatively impacted cultural diversity. The increased availability of commercial media and products can drown out local cultural influence leading to loss of individualism.

With the advancement of technologies and rapid innovation – humans, animals, and food are moving around the world more frequently than ever before, carrying disease-causing agents with them.

Taking the example of COVID-19 itself, since the virus was first officially identified on 16 January, the number of COVID-19 cases has risen sharply worldwide, and there are hundreds of thousands of new infections every day. It was originated in Wuhan, China, in late December and spread across the world, creating a COVID-19 pandemic in less than three months.

Hence, with escalation in globalization increases the risk of the spread of infectious disease. Such pandemics not only threaten human lives but also damage global economy.

Among the drawbacks of globalization, one of the severe one is brain drain. Brain drain has increased with the advancement of globalization. Globalization helps people understand what different parts of the world has to offer. It facilitates brain drain in the sense that people move to and settle where they deem fit.

Another thing about globalization in science and technology is that it does not reach all countries equally, particularly those of the third world or also called developing countries. Various factors lead to brain drain, but globalization has a crucial part to play.

With globalization, individuals have a wide range of choices for their preferred goods, services (consumer or capital goods, and services) from companies that expand beyond their national borders. Many local consumers are attracted to foreign goods or services, be it for their ease, durability, affordability, or reliability, or vice versa.

With increasing consumption of foreign goods or services, one shouldn’t overlook the issue of growing dependence among economies. As more and more transactions occur between host nations and local nations, the economies become tied to one another, i.e., the action of one affects the other. This interconnection might pose a risk of financial collapse if either one of the two parties fails.

It is because when two economies collaborate, many economic variables come into play ranging firstly from export/import that affects foreign currency reserves that move the exchange rate that influences the price that then impacts the consumption and investment pattern. As one can note, such a chain can derail at any point and bring in loss, debts, bankruptcy, and insolvency that inevitably affects both the economies.

This was witnessed in 2008. The collapse of the American economy transcended many other economies, including the European economy, the Russian economy, and the African economy, to name a few.