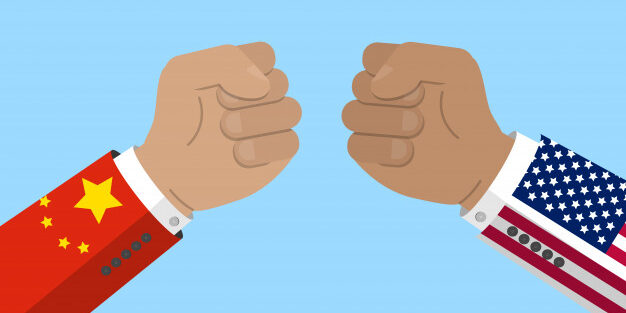 Reasons Behind The US-China Cold War

US President Donald Trump advocated setting tariffs since the 1980s. In 2018, he began fixing tariffs as well as other trade barriers on China to show his concern on the US trade deficit.

The Trump administration in July 2018 set a tariff of 25% from 10% on about $370 billion in imports. It consisted of most Chinese goods exported to the US. According to the New York Federal Reserve, Chinese firms could have cut 20% of their prices to ease the burden on American partners after levying a 25% tariff. Instead, Chinese prices fell by 2% or so.

Many countries showed content concerns on the Chinese app, TikTok. US thought the contents were obscene, immoral, and vulgar. Moreover, it issued temporary blocks and warnings. Also, the US showed privacy concerns and data breaching possibilities through the app.

One of the famous examples of Chinese products that the trade war caught is Huawei. The US banned the company from buying American parts and components to manufacture new products without a special Commerce Department license.

National Nurses Day is a special occasion in the White House. It is a moment to honor the people on the front lines during the pandemic. During the press, a reporter asked Donald Trump about the economy. In his answer, Trump turned his fire on China. He framed the spread of coronavirus as a military attack.

The ongoing war between the two most powerful countries has created many impacts. The US-China cold war does not seem to end any sooner. In the US, because of the trade war, farmers are struggling to fulfill the pressure of demand. Likewise, due to an increase in tariff in imports, the prices of goods have hiked.

On the other hand, the pace of the Chinese economy has slowed down in nearly 30 years. It happened since Trump slapped tariffs on Chinese products. Also, retailed sales growth fell to 8.2%, down from 8.4% in China in 2019 (Source: China’s National Bureau of Statistics). Moreover, car sales in the global automotive industry’s biggest market fell by 11.7%.

International Monetary Fund reported that the increased uncertainty on confidence and investment due to trade war might make the developed economies suffer. The increasing tariffs can result in higher prices of goods, leading to low consumer spending. Then, less consumer spending has lots of side effects resulting in less investment. Thus, it affects the economy worldwide.

Firms that are outside China or the US have begun to feel the ripple effect. For instance, semiconductor manufacturers in Singapore are facing losses. The industry produces microchips that are used in a large range of electronic devices, mostly made in China. And, it is facing a wider slowdown, feeling the consequences of the tariffs.

Although the cold war has not cost anybody’s life to date, it is likely to freeze a lot of businesses around the world if it continues in the same way.