ROLE OF BUSINESS IN SOCIAL CHANGE 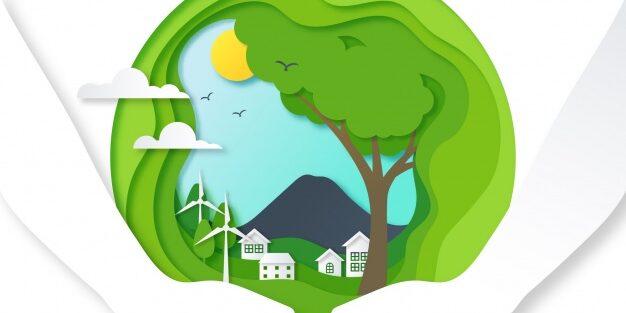 Social change means the transformation of the society. It includes changes in the culture, behavior, or social institutions. A change in the social structure is social change.

The society has been changing over time. The types of societies are:

We can see massive differences in different types of societies. The size is different. Technology developed with time. The economy varies and so does the gender roles. Societies became more modern with time.

Social change does not include positive aspects only. There are many problems in society. Hunger and poverty is increasing. Competition is high. Unemployment is everywhere. These problems need immediate attention.

The world is socially conscious. Many issues are going on in the world. There are environmental problems like global warming and climate change. Human rights, racism are some of the ongoing issues. Also, there is a need for fair trade.

Government alone is not enough. Only the government’s effort cannot address all these problems. So, businesses should be active to bring social changes. They should fulfill their corporate social responsibility (CSR).

Every type and size of businesses are socially active nowadays. Some of the companies driving social change are:

Starbucks was established in 1971. It is one of the companies contributing to social change. The company acts ethically. Starbucks is a responsible organization. It focuses on the sustainable production of green coffee. Also, Starbucks sells Ethos Water. This raises awareness of people who lack clean water. When people buy Ethos, a percentage of the sale goes to the fund. The money is collected and distributed. It supports hygiene programs. The fund has helped with about 500,000 people so far.

Method is another company helping the society. It manufactures home and personal care products. The company is eco-friendly. The company uses biodegradable bottles and natural ingredients. It was the idea of Adam Lowry and Eric Ryan. They made green cleaning fashionable.  In this way, the Method is bringing social change.

Pedigree is another socially responsible company. It produces dog food. The brand is working to help stray dogs. It asks people to adopt homeless animals. The advertisement of Pedigree also gives the message. It encourages people to donate funds. This way homeless animal gets a new life.

WHAT ROLES CAN AN ORGANIZATION PLAY?

An organization plays a major role in bringing positive social changes in the society. It acts as a catalyst for change in society. If we think of it, an organization is like a smaller version of society. A change coming from this small society will create a ripple effect on our society. So, what roles can the organization play?

The topic of inclusiveness of race and gender has been a globally widespread issue. With the murder of George Floyd, cases of businesses have surfaced who are less inclusive of BIPOC (Black, Indigenous, and People of Color).

For instance, Kylie Cosmetics has revealed their ethnicity information for the ‘Pull Up for Change Campaign’. It was found that in the organization, 47% of its employees are BIPOC (Black, Indigenous, and People of Color) and 13% are Black. This caused an outrage in the public because of the under-representation of the black people in the company. Moreover, popular food magazine ‘Bon Appétit’ employees also revealed the toxicity and racism at Bon Appétit after it was revealed BIPOC staff aren’t paid for video appearances.

Therefore, there should be inclusiveness in the employees of the organization. In other words, the representation of people and diversity must be welcomed for social change in the organization.

Along with this, they must make sure that their employees are being paid based on their work and not their ethnicity or the color of their skin. In the past, we have evidences of the white people making the black people their slaves; depriving them of their rights. Even though that concept has been disregarded at this time, the influence can still be observed as people of color, especially black people are paid relatively less than their white counterparts. This should not be an issue in this twenty-first century.

With the widespread globalization, urbanization, and industrialization, a great amount of pressure has been put on the earth causing climate change. Climate change and sustainability was not much of an issue in the past. But in the last two decades, it has become essential to think about the wellbeing of the earth alongside the development. One of the Sustainable Development Goals given out by the United Nations also has stressed out on ‘to take urgent action to combat climate change and its impacts’.

From the figure above, we can interpret that the climate change concerns have drastically gone up to 85% in 2019. In other words, people are being aware of climate change and the negative impacts that we are facing/ yet to face.

While progressing on the development of the organization, we must not ignore the earth. Climate change is a consequence of our acts so we must make up to it. As a manager, if there is a creation of any disturbance to the environment, it must be corrected so that it does not disturb the nature. Even if no disturbance is created, activities such as afforestation should be included to reduce the carbon footprints which could be done as the corporate social responsibility on behalf of the organization.

Moreover, while performing our day to day activities the organization must think about ways to include sustainability in their routine. Each of the individual efforts will collectively create a positive impact in the future.

With the change in time, the number of females in the workforce has drastically increased worldwide.

From the graph above, we can observe that the number of women in the workforce has drastically increased from the past decade. This shows the power of women empowerment in the world. But it does not change the fact that one day, they may choose to have kids. Being a mother is very crucial for the baby as well as the new mother. The mother might have to quit her job to fulfill her duty to be a mother. In such an instance, the organizations should be sympathetic and provide these new mothers with maternity benefits which may include paid leave, daycare services. In this way, they can feel at ease and devote their time efficiently during the work hours.