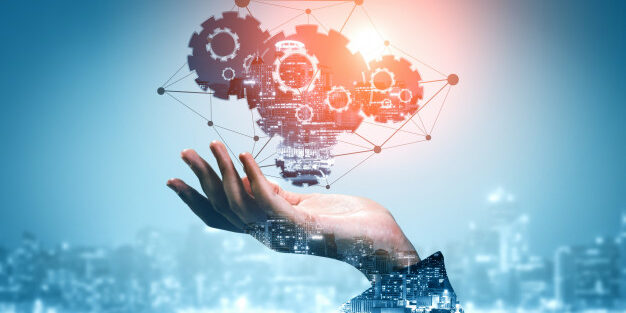 The fourth industrial revolution is changing the way of living of people by making it easy. For instance, if a person is searching for the fastest route, s/he can use GPS systems. Also, voice-activated virtual assistants like Alexa, Google Assistant, and Apple’s Siri are making the work easy and fun.

Artificial intelligence (AI) are computers that can recognize hard patterns, process information, draw conclusions, and give recommendations. In other words, AI is a machine that can think like humans.

Blockchain is a process of recording and sharing data. It is a secure, decentralize, and transparent method. Also, there is no need for a third party in a blockchain. Bitcoin is one of the popular blockchain applications. The technology can make supply chains traceable. Also, it is useful in securing sensitive data. Likewise, blockchain helps to combat voter fraud.

3D Printing is a printer that can build a 3-dimensional object. From Bugatti to Adidas, 3D printing has already touched these industries with its technology. 3D printing involves both the design process as well as the manufacturing process.

In collaboration with 3D printing leader Carbon, Adidas produced a limited-edition shoe with a durable and sleek 3D printed sole. The shoe was a success. It hints the potential 3D printing has in the world of fashion.

With a market size well over 10 billion, the world of 3D printing can grow by nearly 23.5% each year for the next five years (Source: 3D Hub). Since its inception (30 years ago), 3D printing advanced and grew a lot.

Internet of Things increases internet connectivity to a wide range of devices. For instance, the gadgets that we use every day can have an internet connection. Devices like security systems, thermostats, cars, and electronic appliances fall under the scope of IoT. Similarly, there can be an internet connection in the lights (in household and commercial environments), alarm clocks, speaker systems, vending machines, and so on.

THE FOURTH INDUSTRIAL REVOLUTION IN BUSINESS

The technologies driving the fourth industrial revolution are also changing customer’s perceptions. In business, many customers think that the technologies will transform the expectations of the companies. The Salesforce research surveyed on this topic. The result was as follows: