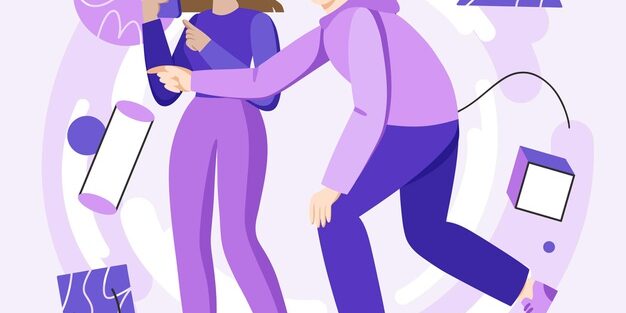 The 21st century has seen the emergence of far-fetched technologies we could once only dream of. Humanity’s smartest minds are continuing to develop the technologies that will change the world. Here are some of the emerging technologies of our times:

Artificial Intelligence or AI is the implementation of systems and machines that allow them to analyze their environment and automatically take actions to maximize their success. These days, AI is everywhere. It tailors the ads you see online to your tastes. Also, it helps autonomous vehicles park and steer. Similarly, AI is even responsible for many of the Snapchat and Instagram filters you may have used. Through AI, scientists are teaching machines to react somewhat like humans to make our lives easier.

Some of the new emerging uses of AI are amazing. For instance, in 2019, researchers from the Skolkovo Institute of Science and Technology developed a new algorithm that uses AI to automatically transform a picture of a face into a moving video. Using marker points on source images, it first constructs a virtual 3D model. Then, it fills the gap allowing it to show the face from the angles it has not even seen. The more you input images, the better the quality. The famous faces of Marilyn Monroe, Albert Einstein, and Mona Lisa have been tested, producing scarily accurate living portraits.

The future implication of this technology is enormous. It is entirely possible that in the future, blockbuster actors may begin using deep-fake AI to replicate their appearance, voice, and traits. With these high-quality replications, directors may not ask actors to be present on the shoots. Also, with this kind of technology, we may one day watch films without any real actors involved at all.

The 2019 Australian bush fires burnt around 18.6 million hectares of land. It destroyed nearly six thousand buildings and cost Australia almost one hundred billion dollars. As global temperatures continue to rise, the dry conditions leading to uncontrollable wildfires are only going to get worse. As it stands, the countless firemen deployed to combat these disasters represent the bulk of their defense efforts. But the high risk to life means turning to new technology is essential.

Currently, our best alternatives to firefighters battling flames from the ground involve loading up helicopters with water dropping from their tanks. However, a new form of technology, i.e., fire sound, is emerging. The technology could offer a much safer and more efficient way to quell fires, though it may seem a little alien at first. The fire sound may look like an ominous flying saucer. But this creation is meant to save humans, not abduct them.

The floating disc is a new type of drone that flies and steers using powerful exhaust fans underneath, pulling in air through the intakes along its edges. It is designed to hover over and around parks and forests, looking for fires with its smoke sensors and thermal cameras. Also, the technology stops the fire it finds. The fire sound emits a loud low-frequency blast of sound between 30 and 60 hertz onto the flames. The pressure waves generated by the high-power low-frequency sounds move air particles out of the way of flames. It prevents a steady supply of oxygen from reaching the burning materials. With less oxygen, the fire struggles to continue burning.

Up until now, armies have used camouflage prints on their uniform and vehicles. But these techniques could soon become obsolete. Thanks to Quantum Stealth invisibility material. The plastic sheet material makes anything behind it almost invisible by bending the light around the target. It works due to carefully organized layers of narrow lenticular lenses within the sheets, which couple with a thin layer of trapped oil to refract light duplicating the background surface. It is not flawless yet, but each iteration gets notably better than the last.

Unlike traditional camouflages, quantum stealth is not limited to one specific landscape. You can use it anywhere as long as the background is reasonably uniform. In practice, this technology could make soldiers much harder to detect while slowly approaching enemy bases and could hypothetically turn wide open spaces into perfectly good spying or sniping spots. On top of that, hiding military vehicles from spy planes and satellites would become much easier, no longer requiring covered hangers. Moreover, due to the light-bending properties, quantum stealth also blocks thermal detection, confuses motion sensors, and even hides a human heat signature from night vision devices.

This revolutionary new material is already receiving attention from the US military, and others are likely to follow. But in the wrong hands, the effects of the quantum stealth could easily be abused, and not just by militaries. If the material is produced in mass, we could see an entirely new wave of criminals with newfound methods of hiding their identities.

Recent advancements in the production of algae-based bio-fuels hold considerable potential for the future. Being one of the most efficient organisms on earth, algae grows ten times quicker than terrestrial plants and needs less than a tenth of the land to produce the same amount of biomass. Not only can algae be cultivated quickly and in almost any kind of water, but it also produces high energy bio-fuel.

Unlike fossil fuels, algae consume carbon dioxide, offsetting any produced one burnt as fuel, helping to reduce global warming. And while other biofuels require fertile croplands, algae can grow in any climate as long as there is enough sunlight. Tiny strains of the stuff, known as microalgae, have even more advantages over terrestrial plants. Since they are single-celled organisms that duplicate by division, artificial selection technologies can be used to rapidly evolve strains. This selective evolution can result in much more desirable traits like increased oil production.

However, currently producing enough algae to fuel the world would take its toll on other resources. While efforts to recycle the nutrients used in growing algae or making remarkable strides to produce 10 billion gallons of biofuel, you would need about 33 billion gallons of water. With water shortages as an ever-pressing issue, it is a huge obstacle to overcome. But as algal strains are modified to produce more oil while consuming fewer resources, it is gradually becoming more viable.

With fossil fuels being a finite resource, the problem of powering the world in a sustainable climate-friendly way is one of the biggest challenges. But for one solution, we may end up taking inspiration from the stars, including the sun that is powered by a process called nuclear fusion. At incredibly high pressures and temperatures around 180 million degrees Fahrenheit, atoms have enough energy to combine into new elements. In most cases, this involves two hydrogen atoms colliding with such energy that they overwhelm their repelling forces, fusing into a helium atom. This process gives off huge amounts of energy that has intrigued scientists for over a century.

If this fusion energy could be harnessed, the earth could be supplied with a truly revolutionary energy source. Making fusion happen on earth requires heating specialized hydrogen atoms so much that their state changes from gas to plasma. Then using powerful magnets, the plasma is shaped and guided to increase the chances of these atoms fusing. Ideally, the energy emitted by the fusion would then be harnessed for purposes like powering cities.