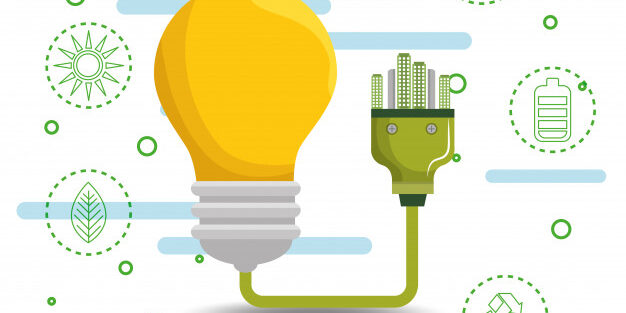 Globalization, urbanization, and industrialization are increasing rapidly. Due to this, there is a large amount of pressure on the earth regarding climate change. Climate change and sustainability was not much of an issue in the past. But in the last two decades, it became essential to think about the well-being of the earth alongside the development. One of the Sustainable Development Goals given out by the United Nations also has stressed out to take urgent action to combat climate change and its impacts.

For this very reason, the use of clean energy has been a burning issue at the moment. It has become a necessity for all the people and the businesses to think green. Just like how a small mistake could destroy a life, one little initiative can improve the human lifestyle.

Many countries are appreciating the use of clean energy. The number of companies embracing clean energy is growing. Especially since 2019, the trends in clean energy have been exciting. Some of the sustainable energy trends are as follows:

Energy storage helps to balance power supply and demand. Also, many renewable sources of energy are intermittent energy sources. They are not continuously available. So, energy storage also tackles the issues of intermittency.

Moreover, if you pair an energy storage system with a renewable source, the power supply becomes smooth and steady. It can be supportive even in unfavorable weather conditions.

There are many energy storage devices used in renewable energy. For instance, batteries are everywhere. They are the most used storage devices. Its use is increasing for both domestic and industrial purposes.

In addition to this, energy storage is improving. People are trying to make it more affordable and accessible.

Green hydrogen is another source of clean energy. It is renewably produced hydrogen. Also, the green hydrogen established itself from developing to developed shortly. Moreover, about ten countries are investing in it. The countries consider green hydrogen as the next big thing in energy.

Paul Ebert is the vice president of new energy and networks at consultancy Worley. According to him, green hydrogen has the potential to compete with oil and gas. Also, the source of energy is clean as there is low emission. Moreover, green hydrogen plays a significant role in electricity grids. It helps to integrate the renewable energy.

Green hydrogen is not only used as a source of energy for the grid. In addition to that, it decarbonizes industrial processes. Also, it helps in gas heating as well as heavy transport.

The localized form of sources of electricity is microgrid. In other words, they are local energy grids. Microgrids can operate in two ways- either disconnected to ‘island mode’ or connected to a traditional gauze. It is helpful as it provides an independent source of energy. Also, it increases efficiency and protection. Moreover, if you use artificial intelligence (AI) with microgrid, the adaptation and improvement of work becomes continuous.

There are many new software in the market. This software enables the completion of designs of a microgrid in a single day. So, the development of microgrids is becoming quicker.

Many large companies from across the world are taking an interest in microgrids. For instance, San Diego tech company XENDEE in partnership with the Worley Parsons Group is working on an advanced tool for microgrid design. They believe that it can save about 90% of time and cost.

Static compensators are technology that mimics the action the same as grids. They copy the work of rotating masses supplied by thermal turbines. The renewable grids can lack constant frequency. Thus, static compensators maintain a consistent pace through the electricity network.

Static compensators have not gotten enough attention to date. However, few equipment manufacturers are showing interest in it. For instance, GE won a contract from Brazil to the US.

Everybody is familiar with the term blockchain. It was originally developed to track transactions of cryptocurrency. Blockchain is a digital ledger. It conducts and records the transaction. The process takes place through a peer-to-peer network.

Nowadays, blockchain is also popular in the energy market. The collaboration of blockchain with the Internet of Things (IoT) leaves a good impression on the energy systems. Devices can buy or sell energy at correct times autonomously. Also, it can make the optimum use of energy sources in real life. Moreover, it can also monitor and analyze the performance.

Every aspect has both pros and cons. Similarly, clean energy can also has challenges. But the targets are ambitious. Stanford University published a report regarding the future of clean energy. The report concluded that existing technologies could provide a fully sustainable energy system by 2050 to the world.

Secondly, clean energy solves the problem of pollution. According to WHO, nine out of every ten people breathe polluted air. It causes respiratory diseases, heart problems, and strokes. They are life-threatening diseases. Also, about seven million people die every year due to pollution. Hence, clean energy saves lives too.