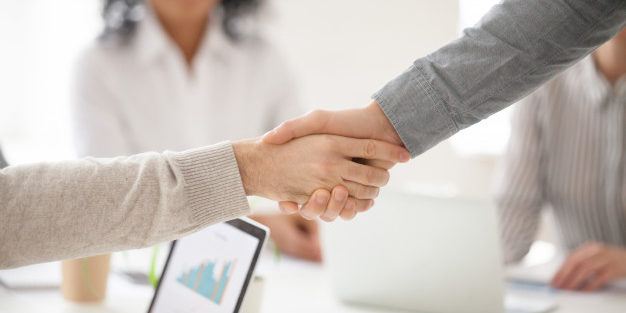 What are the characteristics of Millennials?

Millennials have characterized in various ways. On the negative side, they described as lazy, narcissistic and job switchers. An article also points out that Millennial has been adapting quickly with rapid technological changes. However, here are the basic features of this generation:

Millennials have also grown up with the internet and social media. Social awareness and social responsibilities are part of their lives. According to Forbes, 79% of the Millennial is loyal and helpful to those companies. That care about their effect on society.

Millennial overtook Gen Xers three years ago and became the most dominant population in the workplace in the United States. They are web-savvy, curious, independent and tolerant. They grew up in an electronic and online environment that created their eagerness to acquire new skills. They can quickly learn through smartphones, laptops and other technological gadgets to perform their jobs. They have put greater importance on these electronic devices and cannot imagine their lives without these devices.

They are the most ethnically diverse generation. They are open-minded and open-hearted because they raised in a networked world. They connect through the use of modern applications that fulfill their social needs and make them socially active. They are optimistic about a bright future because they are a technologically adaptive generation. They live in unity with people across all races, ethnicities, and genders. They are ready to accept and support diversity at all levels of life. This quality has even welcomed Millennials in the humanistic world.

Millennial value experience in many different ways. They might have different personalities and hobbies such as travelling, working as digital nomads, participating in university exchange programs and working in foreign countries. They spend their money rationally on ethical and sustainable experiences. They believe that the value of money should be known and need to be appropriately invested in increasing the quality of the lives of people. This generation also likes ecotourism because they believe in reducing their carbon footprint.

Millennials categorized as the most educated and knowledgeable generation in the whole history. They not only have access to higher education but even are motivated to learn. Student loans, government scholarships, and free ships have played a significant role in increasing the level of knowledge of this generation.

According to the Pew Research Center, 63% of this generation value a college education and are preparing emotionally and financially to acquire it. A total of 19% are college graduates recently, and the remaining 14 % are still in college, hoping to get graduation one day. Some other factors have helped this generation to increase their level of knowledge. It includes the emergence of social media, amazing apps, technologically advanced gadgets, and educated circles.

Millennials prefer healthy food rather than fast or junk food. A total of 8 out of 10 millennials believe that eating healthy boosts up their life expectancy. This generation uses developed technologies to minimize health hazards and other health problems related to ageing.

The use of artificial intelligence programs is transforming health care services across the world. They are the most health-conscious generation because of their access to online health information. Health information empowers them with a proper diet such as soybeans, avocados, fish, etc. They are also equally conscious about exercises and physical fitness.

According to Forbes, this generation earns 20% less income than their parents. Their rate of property ownership is lower than the older generation. This small income focuses on renting a property instead of owning it. They prefer sharing financial services rather than buying them.

They are fully aware of maintenance and insurance costs associated if they buy any durable goods such as cars, bikes and other luxury items. Hence, to compensate for their low income, this generation gives more significant priority to savings. According to the survey by the recent bank of America, 16% of Millennials aged between 23 and 37 have already saved $ 100,000 in their accounts for retirement. Hence, this generation is very keen on keeping for future uncertainties.

Generation z views their work as the means for proper satisfaction and end. Generation z always perceives that work is performed for financial reasons. They will readily accept those jobs, which benefits them through higher income and prestige even though that’s not their dream. Generation z creates apps in their free time that make them overnight millionaires.

This generation knows money spreads through goods ideas and innovation. They are ready to chase those ideas and believe that it will make them successful. Generation z likes face-to-face conversation, which does not need to take place in the same physical location. They regularly utilize apps such as Face Time or Skype. They periodically have face to face conversations with their friends who are thousands of miles apart and use technologies of which they are so used-to.

This generation is very focused and competitive in various sectors. They want to be best in schools, colleges and professionally at jobs as well. They want to be extra-ordinary in other activities such as sports or debate. Competition may sometimes be within them.

Gen Z has a lot of knowledge and exposure to many different topics because there is limitless information at their fingertips. This breadth of expertise enables them to seek new ideas and experiences. Unlike previous generations, Generation z engages in political conversations. They have diverse opinions about political parties. Gen z has a higher preference to work independently.

The competitive nature of Gen z contributes to them wanting to control their destiny. This generation does not believe in others for their success. They believe success is at their hand if they labour hard with higher dedication. Generation z has healthy ideas, opinions, and logic, and therefore they want to be heard. This is very true when they are professionally bound together in the workplace. At the workplace, this generation wants to be an equal contributor. This generation believes that their ideas are precious, unlike other generations.

Generation Z is always seeking new opportunities and is unable to stick to one particular job. They find it annoying while doing the same task repeatedly. In other words, this generation has very little patience and tolerance, which may not yield a better result.