Top Trends in CPG Industry for 2020

You are here:
IndustriesInformation Technology 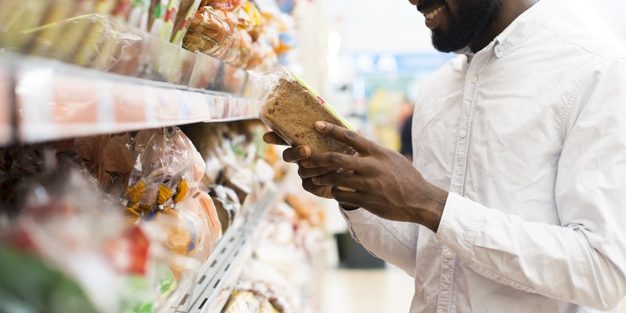 Top Trends in CPG Industry for 2020

It is a known fact that social media, when used effectively, can become a key tool for marketers to understand and even shape consumer opinion. According to McKinsey, almost 26% of purchases are being done based on recommendations, a majority of them being online reviews. For CPG categories, the online-research rate among purchasers of cereal is 45 percent, while it’s 55 percent and 65 percent for soaps and cosmetics respectively.

2. Pricing and promotion coordination across Channels

Price has always been a competitive factor in the CPG industry. Modern consumers with Omni-channel buying practices are actively comparing prices across online and offline channels to grab hold of the best deals. This has warranted the need for companies to deploy analytics to gain deeper insights about price sensitive consumers and also identify specific channels and SKUs which are not likely to see much traction vis-a-vis strategies such as differential pricing.

Similarly CPG companies have also been making efforts to coordinate promotions across various channels, so as to avoid a situation of cannibalization. CPG companies have been in the habit of offering online coupons that could be transferred to a loyalty card and redeemed at stores. They are also using geo-targeting to provide real-time deals when a consumer approaches the store.

With the consumer being at the heart of the overall VPG industry, all data analytics currently revolves around the ability of a company to understand its consumers more deeply. To be able to send a unique offer to every consumer (earlier thought to be specific to retail), is now becoming a focus area for CPG companies. They are increasingly spending on understanding consumer journeys online, – to understand the purchase path and utilize that to drive in-store sales.

It is estimated that a few years from now CPG companies would be deploying sensors in physical products to gain more insights about consumer behavior. Technology-driven sophisticated analytics methods like machine learning can enable extreme personalization for CPG companies and enable them to offer uniquely customized marketing deals to consumers, based on their past behavior and consumption patterns.

According to eMarketer, Digital ad spends overtook TV advertising for the first time in 2016. CPG companies have analyzed this trend, and reallocated more budgets towards digital.They are also focusing on reducing time to collate data, so that the marketing mix models can use this ‘ready-to-consume’ data to turnaround insights quickly. However, simply ad spaces has not proven to be as effective as expected and many CPG companies are reevaluating their approach

Due to not having a solid ROI, and also facing issues with fake traffic and threats to brand image, CPG companies are now more focused on building brand image. CPG companies such as P&G have reduced digital ad spends in the recent years and are exploring other ways to leverage digital media to appeal to consumers in terms of brand image and personality.

One of the areas where big data has made a significant impact is demand forecasting. Traditionally, forecasts were based on point-of-sale data, largely culled from past trends. With the advent of e-commerce and the availability of sophisticated technologies such as Market Basket Analysis, CPG companies are leveraging insights that are predictive and forward-looking in nature. The agility of the process brings supply chain much closer to real time than before and CPG companies are investing heavily in revamping the backend in this manner.

6. Investing in an Integrated IT Structure

In what has been a positive trend, big CPG companies have already started investing in some form of Centre of Excellence (CoE) framework for data analytics and digital analytics? One example is P&G’s $100 million investment over the next five years in a digital innovation center, called the E-Center, located in Singapore.

The E-Center was established in 2017 to spur innovation across P&G’s supply chain, e-analytics, and e-business by expanding partnerships with local firms and supporting the development of digital solutions. This is however inevitable. In an era where data has grown exponentially, it has become critical for CPG companies to invest in an integrated data strategy. This could enable to drive holistic results through meta-analysis even as big data and digital gain further ground.

AI is worth a $1.2 trillion that has disruptive potential in many industries, CPG included. It has implications for both Businesses and customers that can ultimately drive growth in the industryCPG companies can leverage AI solutions to potentially benefit from automated processes which increase efficiency, AI based product and service innovations, and augmented decision making. Consumers can benefit from personalized products, online product recommendations and timely services

In July 2018, Carlsberg implemented the “Beer Fingerprinting Project” that deploys AI based sensors to rapidly detect flavors and aromas of beer. This sensor technology for flavor determination can reduce the time taken to innovate and develop a new beer flavor by up to 30 percent. Carlsberg is hoping to use this technology to bring new flavors to the market faster than before. It is believed that the success of this project can open doors for similar uses in other diverse industries such as food and pharmaceuticals.

Digital reality applications in the CPG industry have the potential to create operational efficiencies for companies as well as unique products and buying experience for consumers. Digital reality comprises of newer, innovative technologies, that include Augmented reality (AR), Virtual Reality (VR), Mixed Reality (MR), 360-degree video, and immersive/ spatial technologies. According to Deloitte, AR, VR and MR are currently the most widely used, while 360-degree video and immersive technologies are in their nascent stages.

Tyson Foods deployed VR in 2017 to drive general safety and hazard awareness trainings for its employees with a goal of reducing injuries by 15 percent. Following this training, Tyson reported a 20 percent reduction in injuries and illnesses of its employees in the following year

Blockchain is one technology that has the potential to usher in a new era of transparency for CPG companies and consumers alike. It has many potential use cases in the CPG industry, especially with regard to tracking and monitoring of products and the flow of information, services and money.

For example, Coca-Cola deployed blockchain to help mitigate the use of “forced” Labor in the industry. Coca cola had come under fire for sourcing sugarcane from a country where the practice of forced labor is common. In March 2018, Coca cola and the US State Department announced that they are using block chain’s digital ledger technology to create a secure registry for workers worldwide. This would help Coca-Cola hire and deploy ethical labor, with complete transparency for fair and equitable wages