You are here:
IndustriesInnovation & Strategy 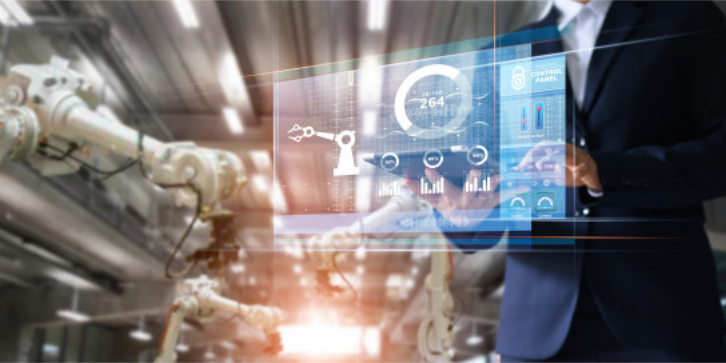 Next to the internet and the cloud, the adoptions and advancements in IoT is perhaps the most influential driver of the manufacturing industry. According to Microsoft, advances in connectivity, big data, and the expansion of the Internet of Things (IoT) have opened the door for a new breed of intelligent manufacturing technology and IoT is projected to create $15 trillion of global GDP by 2030.

Manufacturers are increasingly leveraging the Internet of Things (IoT), which entails the interconnection of unique devices within an existing Internet infrastructure, to achieve a variety of goals including cost reduction, increased efficiency, improved safety, meeting compliance requirements, and product innovation.

According to the International Data Corporation (IDC):

Worldwide spending on the Internet of Things (IoT) has been forecasted to reach $745 billion in 2019, an increase of 15.4% over the $646 billion spent in 2018. The industries that are forecast to spend the most on IoT solutions in 2019 are discrete manufacturing ($119 billion), process manufacturing ($78 billion), transportation ($71 billion), and utilities ($61 billion).The IoT use cases that will see the greatest levels of investment in 2019 are driven by the industry spending leaders: manufacturing operations ($100 billion), production asset management ($44.2 billion), smart home ($44.1 billion), and freight monitoring ($41.7 billion) .

Robotic automation is rapidly evolving and has revolutionized the manufacturing world. Over the last few years, industrial robots have become smarter and started to make a move into the wider world of business. Robotic workers are now commonplace in manufacturing and are expected to gain popularity for their profitability and productivity. According to Pwc, as of 2018, more than half (59%) of manufacturers are already using some form of robotics technology.

IDC estimates that in 2019, discrete manufacturing will account for almost half of all robotics systems spending with an estimate of $50.2 billion in revenues. Other industries expecting to spend on robotics include process manufacturing, resource industries, healthcare, and consumers.

According to Allied Market Research, the global industrial robotics market is projected to garner $70.72 billion by 2023, registering a CAGR of 9.4% from 2017 to 2023. High demand for automation, increased labor cost, and a dearth of the skilled workforce coupled with evolving robotics and artificial intelligence (AI) industry would be the major driving factors for the growth of the industrial robotics industry.

Due to rapid globalization and increase in the complexity of internal processes and supply chains, manufacturing companies today require real-time information exchanges at various stages of the product lifecycle such as design, prototyping, production, assembly, maintenance/repair, etc. In this scenario, manufacturers are increasingly utilizing augmented reality (AR) value added services to reduce downtime and further streamline their operations. AR seems to be of great help to manufacturers because of its capability to simulate, assist, and improve the processes before they are carried out.

According to transparency market research, the augmented reality in the manufacturing market is primarily driven by an increase in the development and adoption of AR capable wearables and systems such as Microsoft’s Hololens and the Oculus Rift. These products are capable of running on portable general purpose devices such as tablets or smartphones and dedicated hardware such as smart glasses and head mounted displays.

With 3D printing, manufacturers can benefit from faster and less expensive production processes. It can enable rapid prototyping, which is a highly cost-effective way for product designers to test and troubleshoot their products. Additionally, it also enables manufacturers to produce items on demand instead of having to manufacture and warehouse them.

According to Smartech publishing, the 3D printing industry is currently worth around $9.3 billion, while a report by Smithers Pira predicts that the additive manufacturing industry will be worth $55.8 billion by 2027.

A 2019 Jabil survey of 300+ 3D printing decision makers, found that the number of companies utilizing 3D printing as well as the variety of its applications has rocketed dramatically. Since 2017, the percentage of companies using additive to manufacture production parts rose from 27 to 52%, bridge production increased from 23 to 39%, and repair went from 14 to 38%.