Will Robots Replace Humans in Future? 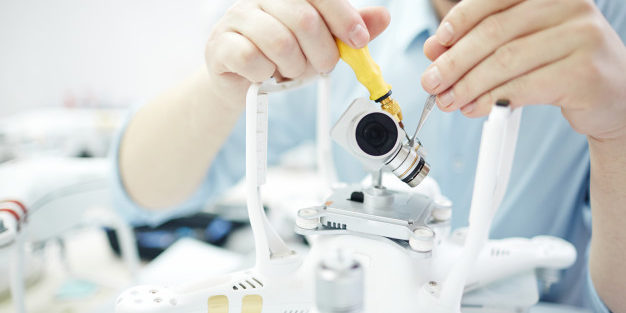 Will Robots Replace Humans in Future?

Robots and automation already play an important role in many parts of Industry 4.0, with learning algorithms that allow both robots and humans to optimize and improve quality production. According to the recent study by Deloitte and the Manufacturing Institute, increasingly sophisticated systems will be critical to address important elements of the skills gap that will result in almost 2 million unfilled jobs by 2025.

In this recent industrial revolution and era of the “smart factory” on the way, computers and automation are coming together in a new way where robotics are connected to computer systems that are equipped with artificial intelligence and learning algorithms that can allow both robots and humans to make quick decisions to optimize production and improve overall quality, all to the exacting specifications of a knowledgeable and demanding end user.

According to a recent report by the McKinsey Global Institute, “What lies ahead is not a sudden takeover by robots but an ongoing and perhaps change in how work is done in more advanced ways.” As per the experts, individual tasks are slowly being taken over machines .One example of this is office support. The report stated Offices once populated by employees of administrative assistants, research people, payroll and data clerks now run with leaner support teams and more digitalized tools”. According to this report, 40% of Americans hold jobs that could shrink by 2030.

30% of the UK jobs are potentially under threat from the advances as per the survey. Moreover 38% of US jobs have “high risk” of becoming obsolete by 2030.

The process has been started already by now. Research has also shown that robots has been used by many industries and taken over the jobs. Not only automobile manufacturers or delivery systems are affected by this increasing technology also customer service, waiters and cleaning staff are facing an uncertain future.

Here are some of insights related to growing industries that are being threats to some human jobs by the use of robotic technologies.

Due to the fast growing environment and increasing volume of order, especially for online retailers it is necessary to use robots in scarce labor departments like warehousing.

Amazon, top ecommerce leader already has 30,000 robots working in its warehouses worldwide. The company acquired the robotic developer and manufacturer called Kiva System in 2012 for astonishing $755 million, now called Amazon Robotics. It is no surprise that due to this investment, Amazon plans to replace employees who perform tasks with this technology in the future.

Robots made its way into almost every aspect of the supply chain in the food industry. Robot applications in agriculture include identifying, planting and sorting seedlings. Involvement of Robots in food manufacturing and packaging is not a new thing. Robots have revolutionize especially in the restaurant sector.

In 2016, the international company called Pizza Hut opened a company in Shanghai called ph+ that hired two robot waiters. The machines welcome customers, show them their seats, take orders and deliver foods. Also, they are capable of avoiding obstacles and designing delivery routes.

Pizza Hut is not the only one using robots in restaurants. Online delivery service called Just Eat started using droids to deliver food in some part of London. Equipped with GPS and cameras, the robot can find its way to customers instantly.

Hotel industries use robots for simplifying their customer service. Like food industries, robots in hotels are used as little helpers bringing small orders like sandwiches or drinks to the hotel’s guests.

For example the Crowne Plaza San Jose-Silicon Valley Hotel in California uses a touchscreen faced droid. If a guest or visitors demands Pizza for example, the robot will pick them up from the kitchen, store it in a locking bin and use the elevator to bring it to the correct room. This service saves a lot of time and money for the hotel staff because they can focus on other more important tasks.

But this hotel is not the only one using robot staff. Mario the robot at Ghent Marriott Hotels, helps human hotel staff checking in guests and the room service robot called Wally delivers food and drinks to desired rooms. Is it not the example of robots replacing humans at its best? It surely is.

Would you prefer robot run hotels too? Customer Service at a completely new level, the choice is yours.

In the fashion industry, consumers demand low prices and at the same time fair trade conditions in manufacturing. Robots seem to be the solution for these.

Adidas currently produces 400 million shoes per year, majority being made by hand in Asia where than 9 million people across Southeast Asia are dependent on fashion related jobs. What if the fashion industry replaces them with robots? Surely, it will put people out of work.

Adidas started its first step of bringing fashion production to Europe and eliminating the six week shipping time from suppliers in Asia to Europe by opening a robotic manufacturing plant in Germany called ‘Speedfactory, that reduces costs of goods and making them more accessible.

Another company, for example Zara already operates 14 robotic factories in Spain, where robots do everything from cutting patterns to dying textile. The robots work so fast that it requires only 10 days for a product from the design stage to the sales floor.

How this advancement will affect Asian labor is a question to be answered in near future.

One of the first industries that started implementing automation in production is automotive. This industry is now the most advanced and developed when it comes to robots.

Tesla is building a new factory plant called ‘Gigafactory 1’ in Nevada desert that will be 100% automated in the coming future where robots will do the majority of production and only a few works will be oversight by human workers . In the long run this astonishing step will probably be adopted by other industries.

Big companies such as Uber and Google are already testing self-driving cars on the roads that aim is to replace human drivers with robots. This progress of robots replacing humans over robots in the automotive industry seems to be highly profitable for businesses and consumers.

The retail are expected to be automated in the near future as big companies like Target and Best Buy has already started employing with robots.

Target in San Francisco, now uses stock checking robots at one of its stores. The robot quietly moves around the store to scan labels and products. Another company called Best Buy tested a product bringing back robot called Chloe at its store in Manhattan. The machine brings their selection in seconds after a customer ordered small items like CDs or headphones via a touchscreen.

Do you think that someday robot can take over your job?

Now looking at the above examples, do you really appreciate this development? As we can see, robots are already been in the movement of goods in the retail industry at some point. But also customer service faces some issues regarding this change. At many Lowe’s group stores in San Francisco, droids already help customers locate products and keep record on inventory levels. However, it will certainly take a long time for developers to improve robots’ communication, which is an important soft skill in customer service.

Honestly, it’s difficult to forecast exactly how technology will shape the workforce in future. Automation and robots has certainly taken over some jobs, but there are certain human skills it simply won’t be able to match hopefully such as emotional intelligence, creative problem solving, management and communication skills.

So, will humans have to worry about their jobs? So, most importantly keep focusing on your job and growing your skills and creativity. Secondly, keep in mind that the skills robots can’t replace you’re your mind as you update your resume. Even if you’re not looking for a new job right now, keep developing your professional skills and intelligence so you can show them off when it comes to job search.