3D Printing and its uses for Businesses 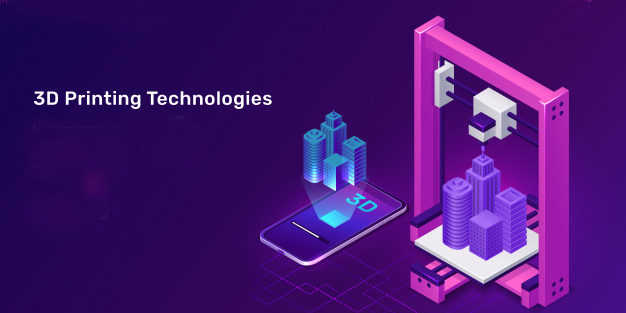 3D Printing, like its name, is a printer that can build a 3 dimensional object. From Bugatti to Adidas, 3D printing has already touched these industries with its technology affecting both the design process as well as the manufacturing process.

In collaboration with 3D printing leader Carbon, Adidas produced a limited edition shoe with a durable and sleek 3D printed sole. The shoe was a success, hinting at the potential 3D printing has in the world of fashion.

With a market size well over 10 billion, the world of 3D printing is expected to grow nearly 23.5% each year for the next five years (Source: 3D Hub). Since its inception more than 30 years ago, 3D printing advanced and grew a lot.

As mentioned in 3D Hubs’ 3D Printing Trends 2019 report, “The most significant change in 2018 was the evolution of our perception of the technology. 3D printing isn’t just for prototyping anymore; Additive is now a viable method of manufacturing.” 3D printing is just about everywhere. Jumping into the 3D Hubs report again, and you will notice that 65% of demand for 3D printing tech derives itself from engineers working in the development of industrial, electrical or consumer goods.

Gartner Research estimated that by 2019, nearly 5.7 million 3D printers will be shipped annually, compared to an estimated 500,000 printers in 2016. One reason for this exponential growth is that 3D printing facilitates complex designs that cannot be produced with conventional manufacturing technologies.

While the technology has greatly matured over the past five years and costs have come down significantly, the production of low-volume and complex parts via 3D printing is economically viable only in cases where it reduces supply chain complexity and costs.3D printing serves two major functions across its wide range of industries: prototype and additive manufacturing.

As a prototyping solution, 3D printing is used to accelerate product development, while as a manufacturing technology it is used for the production of end-use parts.3D printing for prototyping drastically speeds up the design process, offering low-cost, functional prototypes and widely accessible solutions for companies of all sizes.

While on the side of manufacturing, companies are using the technology for things like mass customization, on-demand production, and even distributed manufacturing.It’s extremely became popular, however, just like any other technology, there are advantages and disadvantages.

It is a major advantage in 3d printing. With just a raw material, a blueprint and a 3d printer, one can print any design no matter how complex it might be.

Merging the retro with the future, the Daimler Group in conjunction with Mercedes Benz has found a way to 3D print spare parts for highly sought after Mercedes-Benz classics like the elegant 300 SL Coupé or the SL Roadster.Mercedes was able to take decade old designs and sketches and breathe new life into them, printing the needed parts in a host of metal materials.

It enables quick production with a high number of prototypes or a small-scale version of the real object in less time than using conventional methods. This helps designers to improve their prototypes, for any design flaws that may affect the quality of the product.Slowly but surely there are companies emerging around the world that hold the promise of creating homes and building at a fraction of the cost and time of what you may be typically accustomed to around the world.

Dubbed the Office of the Future, the project is part of Dubai’s larger strategy of using 3D printing to improve people’s lives. Standing 20 feet high, 120 feet long and 40 feet wide, the 3D printing used for the office building not only helped cut labor costs by 50% but only took 17 days to print.

The initial cost for setting up a 3d printing facility is definitely high; however, it is much cheaper compared to labor costs and manufacturing costs while using the conventional way. Adding to it, is the fact that the cost of producing or manufacturing products using 3d printing technology is equal for small-scale and mass manufacturing.

Traditional manufacturing produces additional products that you probably know you will eventually need thus storage problems arise. However, 3d printing technology, products can be “printed” when needed thus excess products are eliminated and no storage cost is required.

The widespread use of 3d printing technology will definitely increase the demand for engineers who are needed to design and build these printers. Technicians who are skilled at troubleshooting and maintenance and Designers to design blueprints for products and more jobs will be created.

With the advancement of technology, a customizable human body parts and organs can now be manufactured this technology is termed as Bio printing. Although right now this is still experimental, the potential is huge.  This breakthrough will not only address the shortage of organ donors, but also organ rejection since the organs that are built will consist of the patient’s unique characters and DNA.

Implanting 3D printed organs into an injured person may seem like something out of a science fiction film, but Prellis Biologics can assure that it is a very real possibility in the near future. As part of the MBC Biologic incubator, the small team has made viable steps toward 3D printing hearts, livers, kidneys and lungs.

The decrease in manufacturing jobs will greatly affect the economy of countries that rely on a large number of low skill jobs.

The size of objects created with 3d printers is currently limited however, in the near future; large items such as architectural structures can be created using 3d printing.

Traditional manufacturing of products has an enormous range of raw materials that can be used. Presently 3d printers can work up to approximately 100 different raw materials and creating products that uses more raw materials are still under development.

The biggest disadvantage of 3d printing is Counterfeiting. Anyone who gets a hold of a blueprint will be able to counterfeit products easily. It will become more common and tracing the source of the counterfeited items will be nearly impossible. Many copyright holders will have a hard time protecting their rights and businesses producing unique products will suffer.

With 3d printers, plastic knives, guns and any other hazardous objects can be created. It makes easier for terrorists and criminals bring a weapon without being detected.