5G: The Future of Connectivity 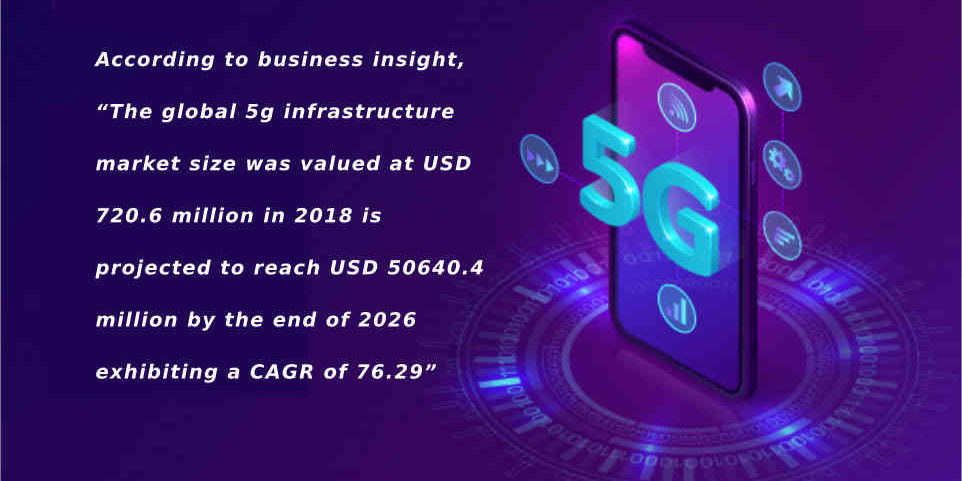 5G: The Future of Connectivity

5G technology is the latest next generation mobile telecommunication requirements. 5G technology can offer speed of more than 4G i.e. 5G is expected to be more faster than ever. Moreover,5G networks can even meet new use cases, such as the Internet of Things as well as broadcast such as services and lifeline communication during the times of natural disaster and emergencies.

Cisco evaluates that by 2020, 5G will produce three times more traffic than the average 4G connection, and those connections will construct 3% of total mobile connections. Moreover many industry experts consider that 5G networks will be 10 to 20 times faster than 4G when fully disposed in the real world.

5G features could bring numerous benefits and advantages for all size of businesses. 5G could promote up to $12.3 trillion worth of products and services in industries such as retail, education, healthcare, transportation, entertainment and more by 2035.

According to the report from PSB Research that surveyed over 3,500 people including business decision leaders analysts and tech enthusiasts, found that as an outcome of 5G:

Some also believe that these forecasts won’t see all these advantages at once. It could take a litter longer of maybe 2022 or beyond, before there is widespread coverage of 5G all over the world.

Here are some of the examples of business cases that has big ambitions for a 5G world.

According to Forbes, Qualcomm roughly owns 15% of the world’s 5G technology patents, and this company is one of the largest smartphone chipset makers around the globe, with a total market share of approximately 42% as per the data of 2017. According to Riskhedge, Qualcomm’s 3G and 4G network tech account for around 75% of Qualcomm’s profits, putting the chip maker in a strong position to secure remarkable market share in 5G networking technologies.

Qualcomm was the only company making 5G hardware and antennas in the US, as of October 2018. Qualcomm resolved its growing legal conflict with Apple through royalty payments in April 2019, with a supply agreement for 5G chipsets being announced beside the settlement. Due to 5G opportunity offers, Qualcomm shares increased by more than 23% soon after the announcement.

AT&T has invested significantly into development of powerful 5G networks in certain parts of the US. Since 2015, the entity has spent more than $700 million in Kentucky alone, an investment that means St. Louis will be among the first 12 cities in the country enclosed by AT&T’s 5G networks. These investments include more than 1,100 wireless network upgrades across the Bluegrass State, and the construction of 15 new cellular sites and 8 new Distributed Antenna Systems statewide.

As per the company by 2020, its 5G networks will cover more than 200 million consumers in the US, more than 60% of the population. Even though there is potential profits in the consumer market, AT&T has determined that it expects the majority of revenue growth to pursue from its 5G technologies.

With more than 2 Billion Galaxy devices sold worldwide and a market capitalization in 2018 of $326B, Samsung is one of the largest smartphones competitor in the world that has a significant interest in 5G technology.

In August 2018, Samsung announced that it had planned to invest approximately $22B in 5G and AI technologies, over the course of the next three years. Also the South Korean multinational has stated that it plans to protect 20% share of the 5G market by 2020.

In case of hardware, Samsung’s folding smartphone called the Galaxy Fold, will be 5G-enabled, and will be distributed for almost $2,000. The device will repeatedly enhance network speeds approximately 10 times faster than present generation devices.

However, foresight about the Galaxy Fold was dominated by reports in April 2019 which stated that Samsung’s new device was showing problems connected with broken screens. Since then Samsung has delayed the release.

Telecommunications multinational company, Nokia has invested especially in 5G initiatives during the past few years. Nokia entered into an agreement with T-Mobile in 2018 to provide the mobile users with 5G network in a contract worth $3.5B ,being the largest 5G deal in the world at the time.

As per its deal with T-Mobile, Nokia has now over 20 contracts with various other telecommunications providers across the world, including AT&T, Vodafone, and Optus.

Nokia is also showing its engagement in almost 100 individual trials of 5G technology worldwide, including the launch of a5G-based home internet service in Australia and also operational productivity tests in South Korea.

Verizon: Spreading 5G across US

One of the largest telecommunications providers in the world, Verizon began operating field trials of 5G technology in 2016, and has promised to rise 5G across 30 main US cities by the end of 2019.

Intel’s 5G initiative has focused on solving automotive market for use in connected vehicles, as well as industrial manufacturing operations such as 5G facilitated heavy machinery and manufacturing appliances.

In spite of this, the company’s 5G strategy took a turn in April 2019 when Intel declared it was departing from the 5G smartphone market entirely. The notice was given just hours after Qualcomm and Apple reached an agreement in the company’s ongoing authority lawsuit.

Hence, 5G technology could help businesses to increase their efficiency, production, and innovative development as well as reduce the company’s costs. But unfortunately, researcher Barclays’ polling found that only 28% of businesses understand 5G or the practical business possibilities offered by 5G.