Electric Vehicles on the Rise for Sustainable Future 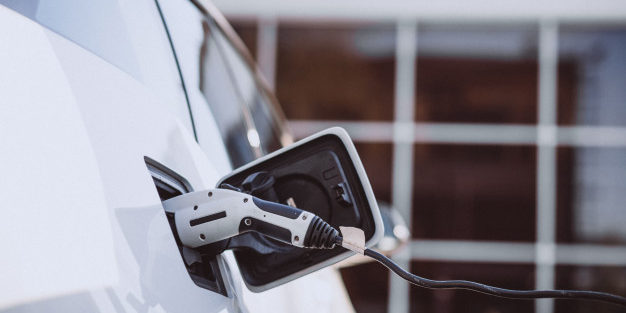 Electric Vehicle on the Rise for Sustainable Future

It is now the twenty first century and we have just completed a decade of it. The past decade, we saw a lot of revelations, changes and awareness. The one of the topmost concerns at the moment is about our beloved mother earth. With greenhouse gases and carbon emissions rising, we see a lot of people getting aware and trying their best to save the earth by trying alternate options like opting for metal or bamboo straws instead of plastic straws.

One significant initiation that we see some people do are the use of electric vehicles. Unlike conventional vehicles that use a gasoline or diesel-powered engine, electric cars and trucks use an electric motor powered by electricity from batteries or a fuel cell. In 2018, the number of electric cars in the world crossed 5.1 million, an increase of two million from 2017, according to the International Energy Agency, a Paris-based intergovernmental organization.

During the first six months of the year, global sales of pure electric vehicles increased by 92% to 765,000 units. This total is the volume sold in 41 markets around the world, so the bigger picture (all markets) would equal around 780,000 vehicles (Source: Jato).

Colorado, for example, is on its way to passing a zero-emissions standard that will lead to EVs making up 5% of all cars on the road there by 2023. Tesla, Volkswagen, Nissan, BMW, Mercedes-Benz, General Motors, Ford and Toyota are among the car companies selling EVs.

As mentioned in Forbes, in the United States, there are 1 million electronic vehicles (EV) and it is projected that number will hit nearly 19 million in a decade, says the Edison Electric Institute. About 9.6 million charge ports will be required to support that growth.

Meantime, China expects to sell 1.6 million EVs while France and Great Britain say that by mid-century, those vehicles will dominate their markets.Bloomberg New Energy Finance is predicting 30 million EVs will be sold by 2030, with China making up half of those.

What are the benefits?

In terms of air pollution and greenhouse gas emissions, electric bikes, scooters, cars and trucks are often cleaner than even the most efficient conventional vehicles.Carbon dioxide emissions from traditional vehicles contribute to greenhouse gases in the atmosphere and accelerate climate change.

Electric vehicles don’t release carbon dioxide into the atmosphere when you drive them, and hybrid electric cars use their battery to greatly improve the distance you can travel with a gasoline-powered engine. Moreover, weekly trips to the gas station to fuel up car are expensive, especially when the ever-fluctuating price of gasoline is high.

By choosing an electric vehicle, one can forget about paying for gasoline and being at the mercy of gas prices. Not only is electricity less expensive than gasoline, it also has a much more stable price point, meaning that rapid price swings are all but eliminated by going electric.

What are the downsides?

Although the evidence of the positives has become very clear, there are also some downsides that each individual needs to consider before they decide to make an electric car their next big investment. First of all, Electric fueling stations are still in the development stages. Not a lot of places you go to on a daily basis will have electric fueling stations for your vehicle, meaning that if you’re on a long trip and run out of a charge, you may be stuck where you are.

In addition to that, while it takes couple of minutes to fuel your gasoline powered car, an electric car takes about 4-6 hours to get fully charged. Therefore, you need dedicated power stations as the time taken to recharge them is quite long.

Also, electric cars are limited by range and speed. Most of these cars have range about 50-100 miles and need to be recharged again. They are not the first choice for long journeys as of now, although it is expected to improve in future.

In a nutshell, if proper facilities of charging facilities like gas stations are provided in different locations, electric vehicles can be the future of the transportation to make a mark on reducing carbon emissions and pollution.

The subsequent increases in toxic gases like carbon monoxide, sulfur dioxide and ozone are a matter for serious consideration which is highly alerting. We may have imagined the future to have flying cars but for the sake of the future, electric vehicles are the sustainable vehicles of the future.