Everything you need to know about Elon Musk

You are here:
ExecutiveInformation TechnologyInnovation & Strategy 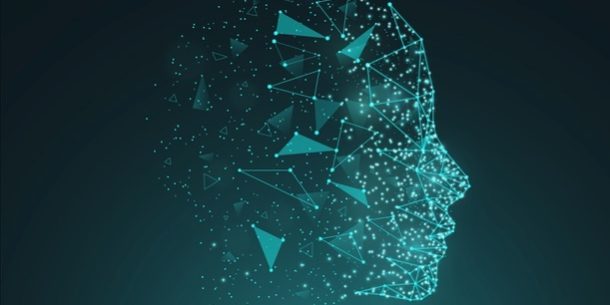 Everything you need to know about Elon Musk

South African-born American entrepreneur and businessman, Elon Reeve Musk founded X.com in 1999 (that later became PayPal), Space X in 2002 and Tesla Motors in the year 2003. When he sold his start-up company, Zip2, to a division of Compaq Computers, Musk became a multimillionaire in his late 20s.  In May 2012, Musk made headlines when Space X launched a rocket that would send the commercial vehicle to the International Space Station.

In 2016 he strengthened his portfolio with the purchase of Solar City, and connected his standing as a leader of industry by taking on an important advisory role in the early days of President Donald Trump administration. The scientific expertise currently is working to revolutionize transportation both on Earth and in space.

Musk entered this world in Pretoria, South Africa on June 28, 1971. Ever since his early childhood, Musk was so lost in his daydreams about inventions that his parents and doctors ordered a test to check his hearing. He was only 10 when his parents got divorced. Gradually, Musk developed an interest in computers. Surprisingly, he taught himself how to program, and sold his first software: a game he created called Blastar at the mere age of 12.

During school, Musk was short, introverted and bookish kid. Unfortunately, he was bullied until he was 15 and went through a growth spurt and learned how to defend himself with karate and wrestling.

Musk’s mother, Maye Musk, is a Canadian model and the oldest woman to star in a Cover girl campaign. While growing up, his mother worked five jobs at one point to get the food on the table. On the contrary, Musk’s father, Errol Musk, was a wealthy South African engineer.

Musk spent his early childhood with his brother Kimbal and sister Tosca in city of South Africa.At the age of 17, Musk moved to Canada to attend Queen’s University and avoid mandatory service in the South African military.

Musk acquired his Canadian citizenship that year, in part because he felt it would be easier to obtain American citizenship via that path. Musk left Canada to study business and physics at the University of Pennsylvania in 1992. He completed his undergraduate degree in economics and stayed for a second bachelor’s degree in physics.

After leaving Penn, Musk went to Stanford University in California to pursue a PhD in energy physics. However, the move perfectly timed with the Internet boom, which caused him to drop out of Stanford after just two days to become a part of it, launching his first company, Zip2 Corporation in 1995. Musk became a U.S. citizen in 2002.

Musk made his first mark in the professional world by launching his first company, Zip2 Corporation, in 1995 with his brother, Kimbal Musk. Zip2, an online guide was soon providing content for the new websites of both The New York Times and the Chicago Tribune. Similarly, in 1999, a division of Compaq Computer Corporation bought Zip2 for $307 million in cash and $34 million in stock options.

In 1999, Elon and Kimbal Musk used the money from their sale of Zip2 to establish X.com, an online financial services/payments company. An X.com acquisition the year later led to the creation of PayPal as it is known today.In October 2002, Musk earned his first billion when eBay acquired Paypal for $1.5 billion in stock. Prior to the sale, Musk owned 11 percent of PayPal stock.

After success with Paypal, he founded his third company, Space Exploration Technologies Corporation, or Space X, in 2002 with the intention of building spacecraft for commercial space travel. Space X was well established by 2008, and NASA awarded the company the contract to handle cargo transport for the International Space Station—with plans for astronaut transport in the future—in a move to replace NASA’s own space shuttle missions. Elon Musk poses for a portrait in Los Angeles, California, on July 25, 2008.

On May 22, 2012, Musk and Space X made history when the company launched its Falcon 9 rocket into space with an unmanned capsule. The vehicle was sent to the International Space Station with 1,000 pounds of supplies for the astronauts there, marking the first occasion a private company had sent a spacecraft to the International Space Station. Musk was quoted as saying, “I feel very lucky. … For us, it’s like winning the Super Bowl” during the launch.

In December 2013, a Falcon 9 successfully carried a satellite to geosynchronous transfer orbit, a distance at which the satellite would lock into an orbital path that matched the Earth’s rotation. In February 2015, Space X launched another Falcon 9 fitted with the Deep Space Climate Observatory (DSCOVR) satellite, aiming to observe the extreme emissions from the sun that affect power grids and communications systems on Earth.

In March 2017, Space X had a successful test flight and landing of a Falcon 9 rocket made from reusable parts, a development that opened the door for more affordable space travel. However, a setback came in November 2017, when an explosion occurred during a test of the company’s new Block 5 Merlin engine. Space X reported that no one was hurt, and that the issue would not hamper its planned rollout of a future generation of Falcon 9 rockets.

The company enjoyed another milestone moment in February 2018 with the successful test launch of the powerful Falcon Heavy rocket, armed with additional Falcon 9 boosters, the Falcon Heavy was designed to carry immense payloads into orbit and potentially serve as a vessel for deep space missions.

For the test launch, the Falcon Heavy was given a payload of Musk’s cherry-red Tesla Roadster, equipped with cameras to “provide some epic views” for the vehicle’s planned orbit around the sun. In July 2018, Space X enjoyed the successful landing of a new Block 5 Falcon rocket, which touched down on a drone ship less than 9 minutes after liftoff..

In late March 2018, U.S government gave the permission to Space X to launch a fleet of satellites into low orbit for the purpose of providing Internet service. Starlink the satellite network, had an ideal plan to make broadband service more accessible in rural areas, while also boosting competition in heavily populated markets that are typically dominated by one or two providers.

SpaceX launched the first batch of 60 satellites in May 2019, and followed with another payload of 60 satellites that November. While this meant significant progress for the Starlink venture, the appearance of these bright orbiters in the night sky, with the potential of thousands more to come, many worried astronomers felt that a proliferation of satellites would increase the difficulty of studying distant objects in space.

Musk is also the co-founder, CEO and product architect at Tesla Motors, a globally known company formed in 2003 that is dedicated to producing affordable, mass-market electric cars as well as battery products and solar roofs. He oversees all product development, engineering and design of the company’s products.

After five years of Tesla, it unveiled the Roadster, a sports car capable of accelerating from 0 to 60 mph in 3.7 seconds, as well as traveling nearly 250 miles between charges of its lithium ion battery. With a stake in the company taken by Daimler and a strategic partnership with Toyota, Tesla Motors launched its initial public offering in June 2010, raising a whopping $226 million.

In 2012, the Model S finally started getting into production at a starting price of $58,570. It has an impressive capacity covering 265 miles between charges, it was honored as the 2013 Car of the Year by Motor Trend magazine.

In April 2017, Tesla announced that it overtook General Motors to become the most valuable U.S. car maker. The news was an obvious boon to Tesla, which was looking to ramp up production and release its Model 3 sedan later that year. In September 2019, using what Musk described as a “Plaid powertrain,” a Model S set a speed record for four-door sedan at Lacuna Seca Raceway in Monterey County, California.

In January 2017, entrepreneur Musk launched The Boring Company, a company devoted to boring and building tunnels in order to reduce street traffic. He started with a test dig on the SpaceX property in Los Angeles.

In late October 2017, Musk posted the first photo of his company’s progress in Instagram. He confirmed that the 500-foot tunnel, which would generally run parallel to Interstate 405, would reach a length of two miles in approximately four months.

In August 2013, Musk released yet another innovative concept for a new form of transportation called the “Hyperloop,” an invention that would make commuting easier between major cities while severely cutting travel time.

Ideally resistant to weather and powered by renewable energy, the Hyperloop would propel riders in pods through a network of low-pressure tubes at speeds reaching more than 700 mph. He believed that the Hyperloop project could take from seven to 10 years to be built and ready for use.

Even though he oriented the Hyperloop with claims that it would be safer than a plane or train, with an estimated cost of $6 billion approximately one-tenth of the cost for the rail system planned by the state of California Musk’s concept has drawn skepticism. Nevertheless, the Musk has sought to encourage the development of this idea.

Musk pursued an interest in artificial intelligence, becoming co-chairman of the nonprofit OpenAI. The research company launched in late 2015 with the mission of advancing digital intelligence to benefit humanity.

In 2017, it was also reported that Musk backed a venture called Neuralink, which intends to create devices to be implanted in the human brain and help people merge with software. He expanded on the company’s progress during a July 2019 discussion, revealing that its devices will consist of a microscopic chip that connects via Bluetooth to a smartphone.

In the fall of 2017, after Chicago Mayor Rahm Emanuel asked for proposals for, a high-speed rail line that would transport passengers from O’Hare Airport to downtown Chicago in 20 minutes or less, Musk tweeted that he was all-in on the competition with his Boring Company.

He revealed that the concept of the Chicago loop would be different from his venture of hyper loop, its relatively short route not requiring the need for drawing a vacuum to eliminate air friction.

In summer 2018 Musk announced he would cover an estimated figure of $1 billion needed to dig the 17-mile tunnel from the airport to downtown Chicago. Musk also reportedly found a market for The Boring Company’s flamethrowers. After announcing they were going on sale for $500 apiece in late January 2018, he claimed to have sold 10,000 of them within a day.